Children from war-ravaged Syria have given a fascinating insight into how the horrors of the four-year conflict have affected them.

Save The Children has collected drawings from young refugees who have fled Syria and come to Europe.

The works, obtained at Milan train station, a popular hub that refugees pass through as they fan out around the continent, have been released to coincide with World Refugee Day on Saturday (June 20). 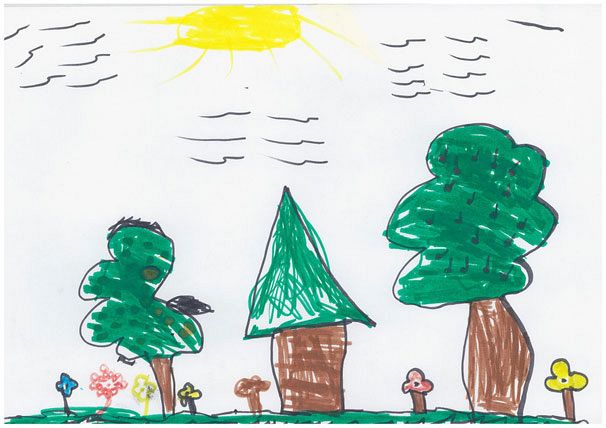 “The drawings tell the tale of all that the children have lived through, their emotional struggles, but also how they look back at their land of origin,” said Vittoria Ardino, president of the Italian Society for the Study of Traumatic Stress . “Syria is not always drawn as a place of cruelty, but as a green space, with water and tranquility, as if they have remained attached to the ‘before’ in the hope of going back, as if nothing had disturbed that harmony.”

The drawings reveal three sets of problems facing these children: lack of stability, lack of access to schools, and anxiety stemming from exposure to potentially traumatising events.

“Although many of the drawings depict fear and terror, there is also an element of hope for the future and gratitude for the help received,” added Ms Ardino.

Posted by euronews on Tuesday, September 1, 2015