The news that Russia could lose the 2018 World Cup if there is evidence Moscow has paid bribes to obtain the award threatens to strain further the East-West relationship. Russia denies buying votes and Vladimir Putin has already dismissed a US investigation into corruption in world football as politically motivated.

Of course sport and politics do mix and it has always been so.

During the Cold War, Sport was one of many spheres the USSR and the West competed in bitterly. Purportedly amateur, sport meant a lot to the Soviet authorities as did awards and gold medals. Athletes often spent most of their time training in world class facilities even though they were meant to be factory workers or army officers.

The largest sports event ever to be hosted by the Soviet Union was the Summer 1980 Moscow Olympics. It became a landmark in modern history as a total of 65 countries boycotted the event over the Soviet invasion of Afghanistan. But before July 1980 came the February Winter Olympics in Lake Placid, New York, and an ice-hockey match which later became known as the “Miracle on Ice”.

Contrary to popular belief, the legendary match between the national teams of the USSR and the USA was a so-called medal-round, not a final. Both teams went on to play other countries in order to secure their medals: the USA played Finland and the USSR – Sweden. But it was the Americans’ victory (4-3) on February 22 which came as a real shock and the aggregate score which made the US into winners. A bunch of college-team kids representing USA managed to beat the country which took six gold medals in the last seven Olympic Games and were world champions in 1978 and 1979. The first-line Soviet players were true legends of ice-hockey: Tretiak, Kharlamov, Petrov and Mikhailov. The coach of the team, Viktor Tikhonov, blamed these players for the poor result.

Last few minutes of the “Miracle on Ice”

The Americans received a gold medal after beating Finland, whereas the Soviet team was supposed to collect silver medals after beating Sweden. However, the players refused to have their names engraved on the medals – a highly unusual move which showed how much of a humiliation second place was. Sports commentators at the time were stunned by the Americans’ victory. 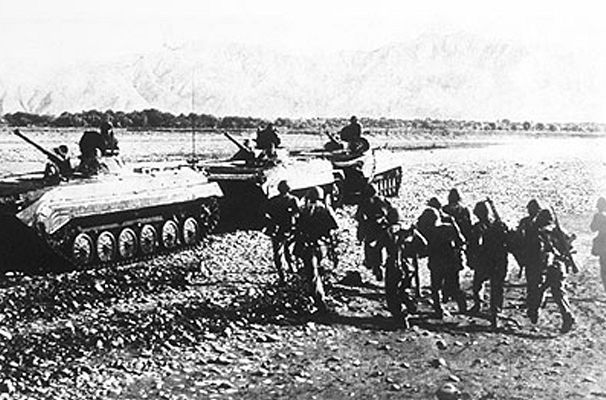 PHOTO: “Soviet combat vehicles move through Afghnaistan. Photo from the US Department of Defence archvies.”

The match, which became a turning point for the previously unbeaten team, also happened in the midst of the US decision making-process whether to boycott the coming summer Olympics. President Carter gave the USSR an ultimatum in January, demanding they withdraw troops from Afghanistan within one month or face consequences including international isolation. Moscow did nothing so the US pressed ahead with the boycott.

Soviet sports commentators called the “Miracle on Ice” an accident, yet it left a lasting mark on the national team’s morale. Most of the American players went on to become professional hockey players within the NHL.

Summer 1980 Moscow Olympics: Cold War in sports at its worst

When the USA finalised their decision not to take part in the Moscow Olympics, they put pressure on their allies to follow suit. With 80 countries participating the Moscow was a far more sparsely attended event than its organisers had hoped – in fact it was the smallest Olympics since 1956. Some Western countries like Britain, France or Italy did not boycott the games, but sent reduced numbers of athletes.

The Olympic Games had been awarded to Moscow as a sign of reconciliation in 1974. The relations between East and West and especially between the two superpowers were not perfect but in the early 70s they had entered a stage of what was later described as “peaceful co-existence”. Two SALT (Strategic Arms Limitations Treaty) agreements were signed – in 1972 and 1979, the latter less than six months before the Soviet Union invaded Afghanistan. The treaties aimed at freezing and then reducing the number of ballistic missiles the USSR and the USA held.

Because of Afghanistan, instead of helping to stabilise peace the Moscow Olympics turned into another ground for the two superpowers to fight their battles. Some of US allies disagreed as to how effective the boycott was and argued that it was emotional and strategically pointless. It did however, contribute to the already strong sense of mistrust and brought on the next boycott – of the Summer 1984 Los Angeles Olympics. 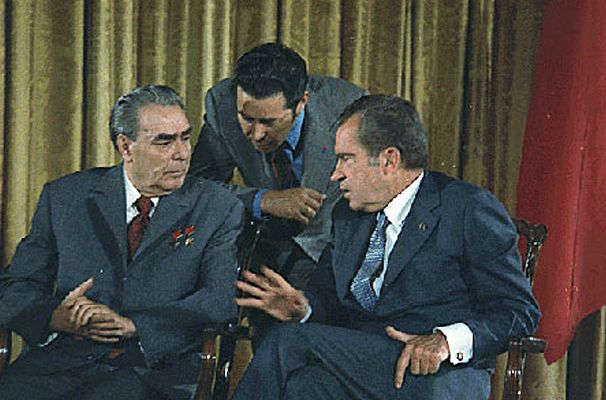 Tit for tat, Olympics for Friendship: boycott of 1984

In May 1984 a couple of months before the Summer Olympics in Los Angeles were due to open the Soviet Union issued a statement expressing an intention to boycott the games. The reasons cited were “anti-soviet hysteria and chauvinistic sentiments”. Then Soviet chairman Konstantin Chernenko also said that there were reasons to believe that the Soviet athletes would not have adequate security while in the US. 13 other countries joined forces with Moscow and did not send their teams. Somewhat strangely Iran and Albania boycotted both 1980 and 1984 games. Romania was the only country with ideological links to the USSR to send its athletes to Los Angeles.

The Soviet Union quickly organised its own event, much like it created alternatives to many Western institutions and cultural phenomena. The event was to be called The Friendship Games and it was carried out from July to September 1984 in several countries of the Communist bloc.

The Soviet authorities would not admit that the Friendship Games were meant to constitute an alternative to the Los Angeles Olympics. Instead, they claimed the competition was about the promotion of peace and friendship between nations. Most of the participating countries boycotted the US Olympics but some western states, such as Italy and West Germany took part in both. Soviet authorities boasted that there were plenty of world records established there.

In reality, 1980 and 1984 Olympics and the Friendship Games showed how sport could be used not to strengthen ties between nations but to create divisions and more reasons for confrontation. The 1988 Olympics were to be held in Seoul, the capital of South Korea, a perennial enemy of the USSR’s friend North Korea. Another boycott was in site.

With tensions over the situation in Ukraine and growing mistrust between both sides a potential boycott of any large sporting event were it to be held in Russia in 2018 seems a possibility.

IOC about the 1980 Olympics

IOC about the 1984 Olympics