As Europe is preoccupied with the migrant crisis in the Mediterranean, on the other side of the world another group of desperate refugees are risking their lives on boat-crossings to unwelcoming neighbours.

On Thursday, a vessel carrying at least 300 Rohingya people, including many women and children, was reported drifting off the coast of Thailand. Their ordeal at sea, often without food or water for days or weeks, is far from over as Thailand, a transit route for illegal immigrants for years, has decided to significantly toughen its border policy. As for Malaysia and Indonesia, they now are reportedly turning back all vessels approaching their coast. 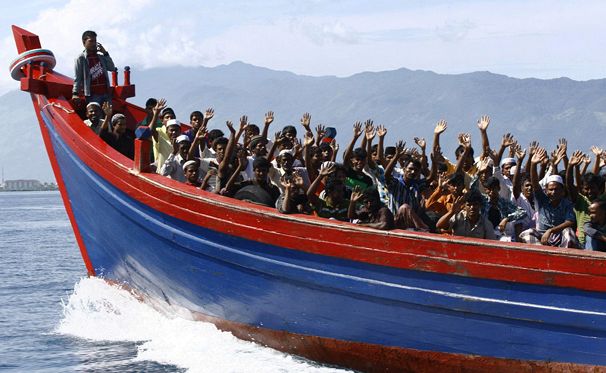 Who are these people, considered by the UN as one of the most persecuted minorities in the world? In Bangladesh, their original home, they live in poverty, and their numbers are falling – some 300,000 are thought to remain in the country. In Burma, where approximately 1.3 million have tried to make a new home, they are still considered illegal. So they have no freedom of movement and are crammed into refugee camps. As Muslims, they are also despised by portions of the Buddhist majority and are frequent victims of violence. In 2012 several hundred were killed and over a hundred thousand displaced during ethnic riots.

Even Malaysia, where the population is predominantly Muslim and the economy is propspering, has turned its back on the Rohingyas. Its authorities confirmed that they will no longer accept any migrants coming across the sea, except where there is an “imminent risk of their vessel sinking.” Of course on a makeshift boat, full to overflowing, such a risk is always present.

The tragedy of migrants in southeast Asia is parallel to that in the Mediterranean, with the difference that, unlike the European Union, ASEAN, the Association of Southeast Asian Nations, is doing little to even discuss a global solution. 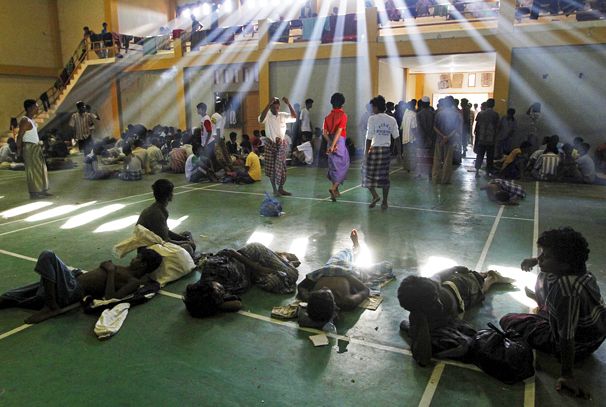 And the international community is keeping its distance. The Red Cross has denounced the “apathy” displayed by major governments. It’s not as if no warning had been given – the UN High Commissioner for Refugees reported that between January and March, more than 25,000 migrants from Bangladesh, mostly Rohingya, had taken to the sea in a bid to reach Malaysia or Indonesia (this number has doubled compared with the same period in 2014). NGOs estimate that thousands of people are currently drifting at sea off Thailand, Malaysia or further south. The dead already number in the hundreds.

Plight of the Rohingyas... pic.twitter.com/PPsr6Y55ZI

This article is translated from the French of Joel Chatreau