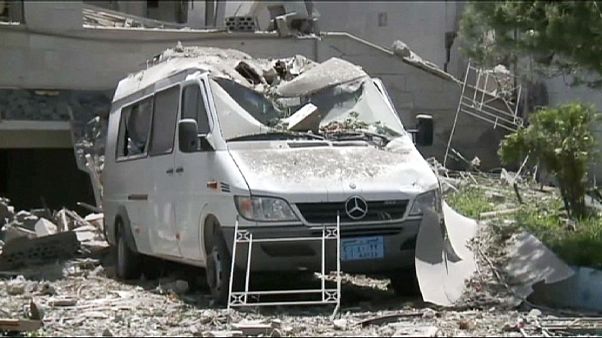 Aftermath of air strikes in Yemen

Saudi-led coalition air strikes in Yemen continued on Sunday, leaving a Sana’a residence of former Yemeni President Ali Abdullah Saleh in ruins. The rebels and their allies in the country’s splintered armed forces said on Sunday they would accept a five-day humanitarian ceasefire to allow aid to reach civilians after more than a month of daily Saudi-led air strikes.

The ceasefire, scheduled to begin on Tuesday, would help ease the suffering of civilians in the Arab world’s poorest country, which increasingly lacks food, fuel and medicine.