Strategically important at the crossroads between East and West, Yemen’s four-year political crisis has recently been escalating into a full-blown war.

Not for the first time, there are warnings that the impoverished country at the end of the Arabian Peninsula is on the brink of civil war.

The United Nations special envoy told the Security Council on March 22 that Yemen was on a ‘rapid downward spiral’, with the conflict taking on ‘worrying sectarian tones and deepening north-south divisions’.

The conflict echoes across the wider Middle East, bringing into play regional rivalries between Saudi Arabia and Iran that have been compared to a ‘Cold War’ scenario.

Riyadh accuses Tehran of sowing sectarian strife through its support for the Houthis. Sunni Arab monarchies around Yemen have condemned the takeover by Shia rebels as a coup, and there have been calls for military intervention in favour of President Abd-Rabbu Mansour Hadi.

But the struggle for power that has plunged Yemen into chaos involves a complex array of local as well as international forces, which have been described as a ‘toxic mix’ of competing interests.

The crisis cuts through the country’s political, tribal, regional and sectarian layers. 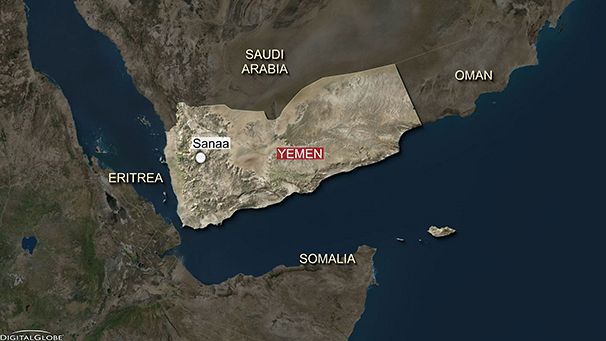 The Houthis, or Ansarullah

The group began as a movement of young men called the Believing Youth, set up in 1992. This was a revivalist movement for the Zaydi form of Shia Islam. The Houthis are named after Hussein Badr al-Deen al-Houthi, who led the first uprising. The group is allied to Iran, though opinions differ as to the degree of control Tehran exerts over it. It denies claims that Iran has provided military training and says it has no sectarian agenda, describing its takeover of much of the country as a revolution for all Yemenis.

Elected as an interim president in 2012 to lead a transition towards democracy, President Abd-Rabbu Mansour Hadi was besieged in his residence by the Houthis after they seized Sanaa. The former army general resigned in January and was put under house arrest. Hadi escaped last month to Aden, repudiated his resignation and formed a government there. He called on the army to join him.

The president has called on the UN Security Council to back military action by “willing countries” to combat the Houthi advance, and has also asked the Arab League and the Gulf Cooperation Council for help.

The ruler of north Yemen from 1978 and of the unified state from 1990 was forced to concede power in 2011 after mass protests, although he remained ceremonial president until 2012. Western countries accuse him of using his wide influence in an attempt to win back power.

Al Qaeda in the Arabian Peninsula

AQAP has been the most active wing of the Islamist militant movement for years, plotting attacks on international airliners and launching raids into Saudi Arabia. It has carried out a deadly raid against Yemen’s security forces and claimed responsibility for the attack on the Charlie Hebdo magazine in Paris that killed 12 last January.

Zaydi Islam, an offshoot of Shi’ism, predominates in the northern highlands while Sunni Shafi’i Islam is the majority school in the south and east. Unlike in Syria and Iraq, however, followers of the two schools pray together in the same mosques and have peacefully coexisted for centuries.

The threat of war has raised fears over the security of oil supplies through the Bab al-Mandab shipping lane, a vital energy gateway for Europe, Asia and the United States. More than 3.4 million barrels of oil per day passed through Bab el-Mandeb in 2013, according to the US Energy Information Administration.

Yemen is the base of al Qaeda in the Arabian Peninsula, one of the network’s most ambitious branches. AQAP has seized parts of the remote south and east, and stands to gain if the Yemeni military continues to split and relent in its military campaign against it.

The erosion of the central government would worsen already chronic poverty and lack of development in Yemen. Saudi Arabia has suspended most of its financial aid to Yemen, worried that the Houthis will grab it, Yemeni and Western sources say. Fighting temporarily displaced around 100,000 people last year, according to the United Nations. 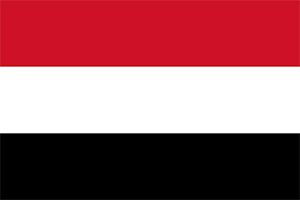 Yemen at a glance