Satellite images released by Amnesty International show the scale of what it says is Boko Haram’s biggest and most destructive assault yet.

The human rights group says the images provide “indisputable and shocking evidence” of the scale of last week’s attack on the towns of Baga and Doron Baga by the militants.

“These detailed images show devastation of catastrophic proportions in two towns, one of which was almost wiped off the map in the space of four days,” said Amnesty.

“Of all Boko Haram assaults analysed by Amnesty International, this is the largest and most destructive yet. It represents a deliberate attack on civilians whose homes, clinics and schools are now burnt out ruins.” 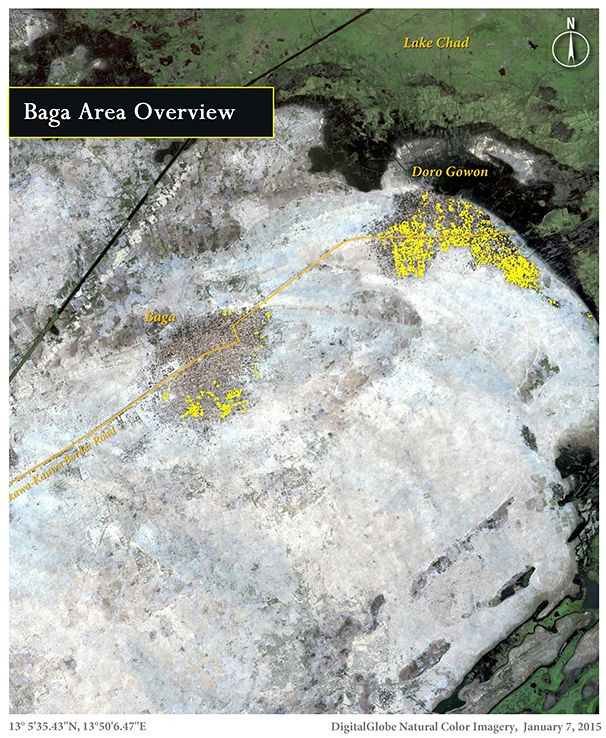 Satellite image of the village of Doro Baga (aka Doro Gowon) in north-eastern Nigeria taken on January 2, 2015. Image shows an example of the densely packed structures and tree cover.

Satellite image 2, taken on January 7, 2015, shows almost all of the structures razed. The inset demonstrates the level of destruction of most structures in the town. The red areas indicate healthy vegetation. 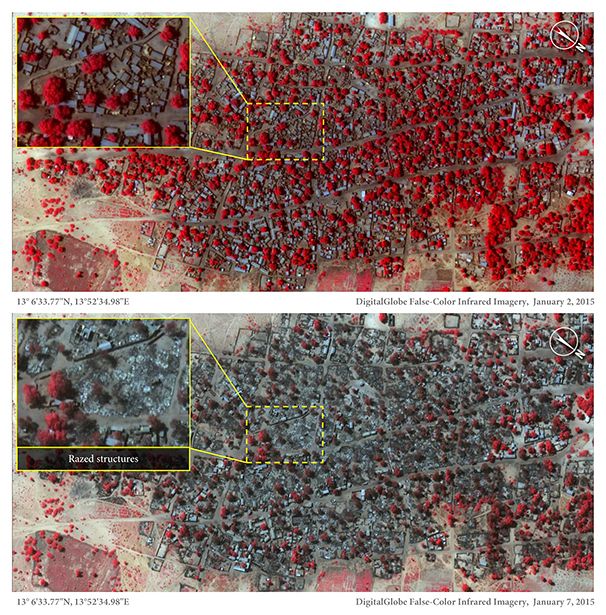 1) Image of Baga, North Eastern Nigeria, taken on January 2, 2015. Many thatched roof structures are visible. These have been rebuilt since the attack on Baga in April 2013.

2) Image of Baga taken on January 7 which show many of the thatched roof structures have been razed. The dark colour represents burned areas, while the red indicates heathy vegetation. 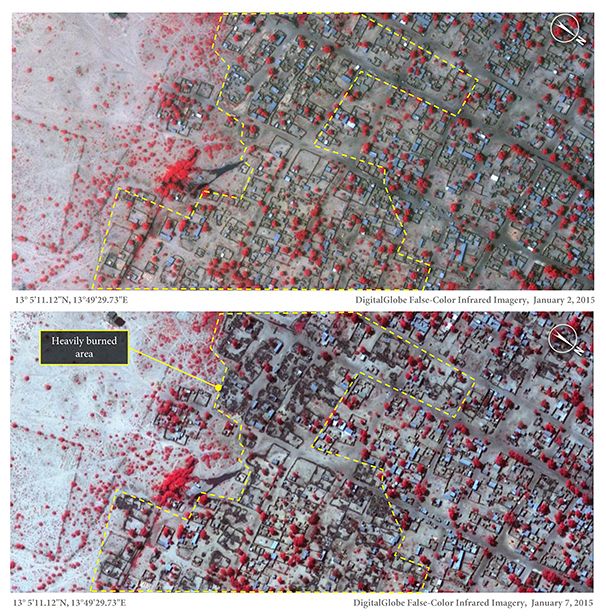 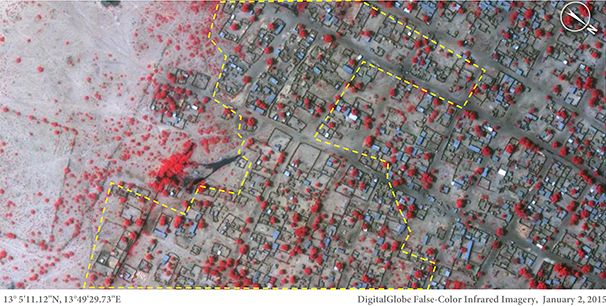 This shows almost all the structures razed. The inset demonstrates the level of destruction of most of the structures in the town. The red areas indicate the remaining healthy vegetation. 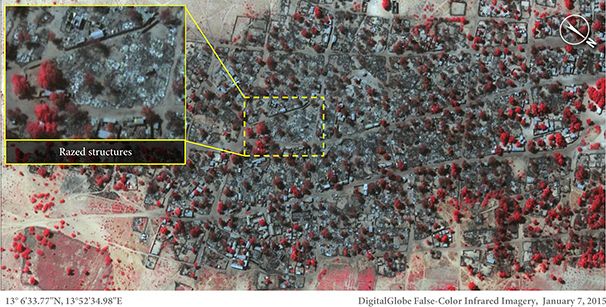 Satelitte images taken on January 2 and January 7, 2015 showing the shore of Lake Chad at Doro Baga (aka Doro Gowon). Imagery show two new vehicles near the shore of the late on January 7. The boats visible in the image from January 2 are no longer present on January. 7. 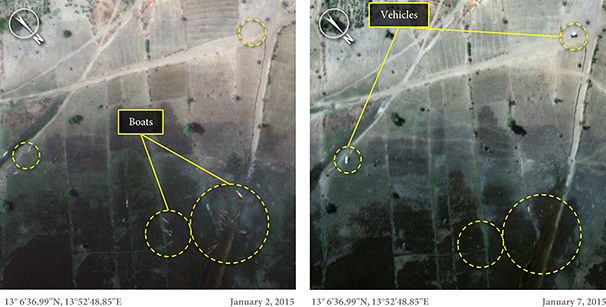 Who are Boko Haram?

Founded in 2002, Boko Haram is a Sunni Islamic fundamentalist sect. Based in northeast Nigeria it advocates a strict form of sharia law. Initially focused on opposing Western education – according to some, “Boko Haram” means “Western education is forbidden” in the Hausa language – the group launched military operations in 2009 with the aim of carving out an Islamic caliphate in religiously mixed Nigeria.

Designated a terrorist organisation by most Western nations and the United Nations, which declared it an al-Qaeda affiliate, the group has killed thousands and kidnapped hundreds, especially children. They made international headlines in April 2014, when they kidnapped more than 200 girls from Chibok in Borno State. In 2014 alone, it’s believed more than 10,000 people were killed as a result of Boko Haram’s campaign of violence. An estimated 1.6 million people have been driven from their homes during the five-year insurgency, mostly in the mainly-Muslim north.

The EU recently unblocked five million euros to help more than one million Nigerians forced from their homes by the group’s insurgency.