A Euro2016 qualifier betweeen Serbia and Albania was called off on October 14, 2014, after fights among players and supporters, sparked by a drone with a pro-Kosovo flag landing on the pitch. Here euronews examines why both countries are at loggerheads.

The tension centres around the history of Kosovo, a disputed area between Serbia and Albania. The majority of its inhabitants are ethnic Albanians.

Kosovo had enjoyed a high degree of autonomy within Serbia. But that changed in 1989 when the then province’s status was rescinded, bringing it under the direct control of Belgrade, the capital of Serbia.

It came as communism was collapsing in Europe. That saw increased nationalism in Yugoslavia, which was made up of Slovenia, Croatia, Bosnia-Herzegovina, Serbia, Montenegro and Macedonia.

Slovenia, Croatia and the Muslim government of Bosnia-Herzegovina declared independence from Yugoslavia in the early 1990s. 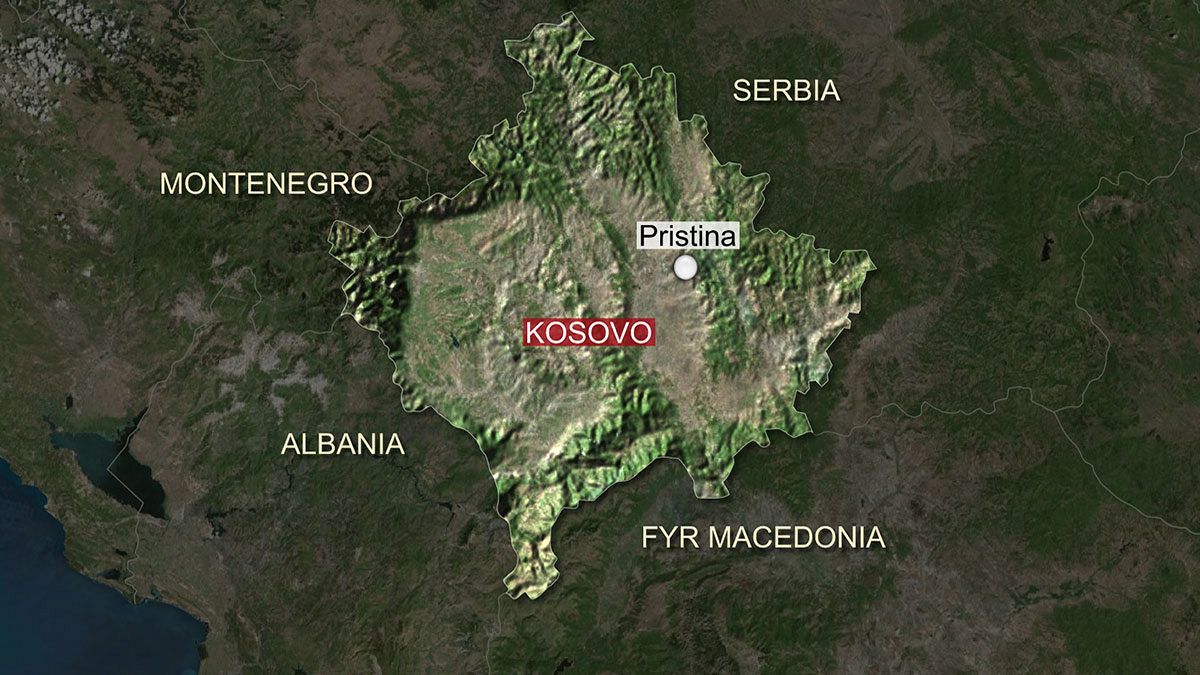 Serbs in Bosnia-Herzegovina opposed this and began attacking the country’s Muslims, forming the basis of the Balkans War.

Then, in 1998, Slobodan Milosevic launched a Serb attack against ethnic Albanians, who were fighting for independence in Kosovo.

The conflict saw at least 5,000 Kosovans executed, according to NATO. One-and-a-half million people, 90% of Kosovo’s population, had been expelled from their homes.

NATO intervened and in June 1999 Serbian troops withdrew from Kosovo.

After the war Kosovo was placed under transitional UN administration, while the region’s future status was hammered out.

Talks broke down in 2007. Then, the following year, Kosovo declared independence from Serbia.

The government of Serbia does not recognise Kosovo’s independence. However talks took place in 2013 which saw a thawing of relations.

Serbia now recognises the government in Pristina – the captial of Kosovo – exercises administrative authority over Kosovo.

Serbs settled in the Balkans in the 7th century and ruled Kosovo for more than two centuries until, in 1389, following the Battle of Kosovo, control passed to the Ottoman Empire.

Kosovo remained part of Ottoman territory until the Balkan Wars of 1912, when it was re-conquered by Serbia.

It is perhaps Serbia’s medieval period of control of Kosovo which lies behind nationalists’ claims to the province – some consider it the cradle of the culture and state of the Serbian people.

But Albanian claims to the territory pre-date the arrival of the Serbs. Nationalists argue Albanians are descendants of an ancient tribe who allegedly inhabited the western Balkans before the 7th century.