Authorities in Ferguson, Missouri, were forced to fire tear gas, stun guns and smoke bombs after a fourth night of racially-charged demonstrations following the police shooting of an unarmed black teenager.

Protesters threw rocks while police say others hurled petrol bombs at officers during the clashes. A demonstration has taken place every night since Michael Brown, 18, was shot in what authorities say was a struggle over a gun in a police car.

Police have deployed camouflaged-clad-officers in body armor, including one manning a rifle on a tripod atop an armored car, to the town. 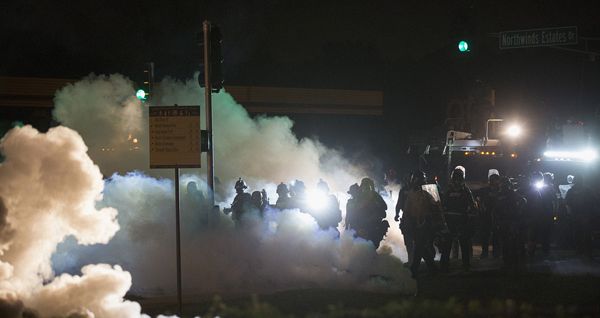 Little official information has been released about the initial events except that it followed a struggle between an unarmed officer and Brown and that the officer was being treated in hospital for a swelling to the side of his face.

One witness, who was walking with the victim at the time, has said that Brown put his hands in the air and was not struggling with the officer. He said the officer fired multiple times into Brown’s head and chest.

A preliminary autopsy has confirmed Brown was shot a number of times, according to media reports. 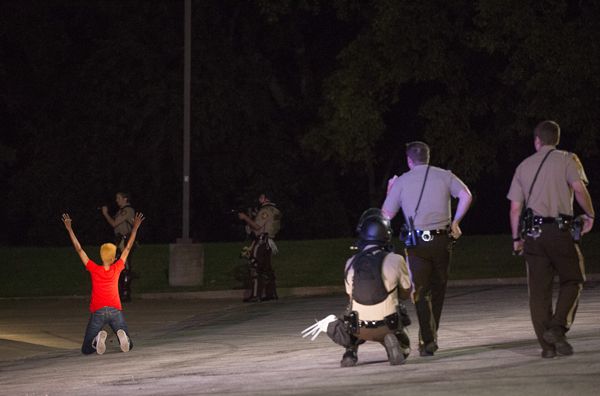 President Barak Obama and civil rights activist Al Sharpton have called for a peaceful response to the shooting.