Nicosia International Airport was once the main airport for the island of Cyprus, but has now been derelict for forty years.
Principally used as the headquarters of the United Nations Peacekeeping Force in Cyprus, the commercial flight area has lain empty since the Turkish invasion of Cyprus in 1974.

The abandoned terminal was designated a United Nations Protected Area during the conflict, with both sides required to withdraw at least 500 metres from the perimeter of the airport. After the ceasefire, the surrounding area was designated a Buffer Zone between the nations of Cyprus and Turkey, ending the commercial airport’s effective service life. 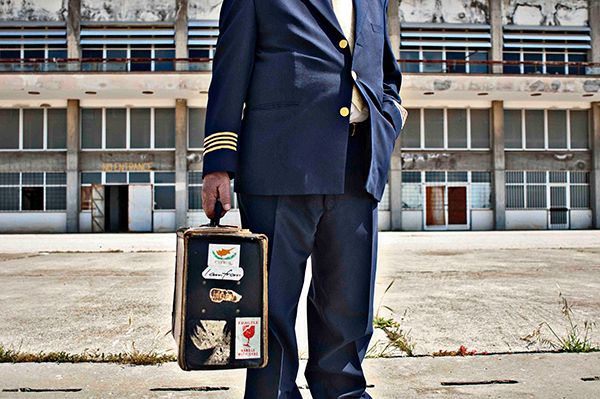 Forty years have passed since that day. Forty years waiting for its passengers to return and airplanes to take off. Are they going to come back? Who knows …?
Lots of photographers have taken pictures of this ghost airport.

Two years ago the Cypriot photographer Andros Efstathiou brought the airport alive with his pictures. He found some of the people who worked there and on the last Cyprus Airways flight that landed a few minutes before the attack.

His exhibition is part of this year’s PhotoBiennale in Thessaloniki and after will be in the Museum of Thessaloniki. We talked about the great experience he had. 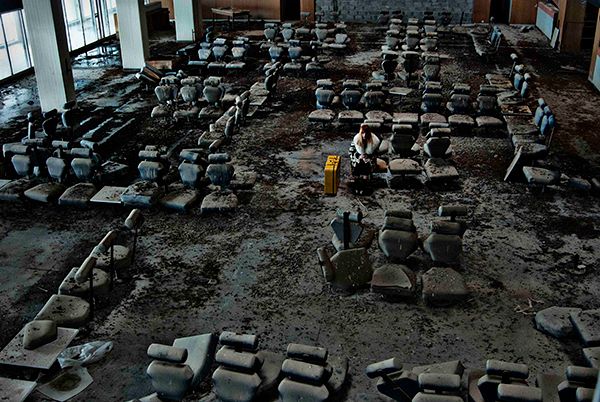 Euronews: Mr Efstathiou, tell us about this idea. Was it a lifetime’s dream?

Andros Efstathiou: It was one of those project I have had in my mind to do for years now, but as you know Nicosia Airport is located in the buffer zone, and now are the offices of the United Nations force in Cyprus. So it was very difficult, even impossible, to obtain permission to get in there.
Two years ago I got permission to go to the airport to curate an exhibition in the area in which the Cyprus talks were taking part.
On my first visit I was shocked. I didn’t even take a picture of the place. I just looked around. I sat on the chairs in the departure area and did absolutely nothing. I listened to the doves, read inscriptions on ruined advertising hoardings and basically tried to “digest” this thing of which I was a part.

I left when it got dark, but I already had my plans. After a few months being in the Airport and taking some pictures I had the idea to bring “life” to this building. Because I still didn’t have permission to photograph the airport area, I had to convince some friends – who would not have a problem should they be arrested were the United Nations to find out what I was doing. They dressed in 1970s’ clothing and we did the shoot.
The whole project went very well until one day I had another idea. To find some people that used to work in the airport and for Cyprus Airways and photograph them.

Euronews: Most of the images we have seen until now are captures of the airport building. In your pictures we can see people walking and sitting in the airport. Did you know these people personally?

Andros Efstathiou: You are right, most of the images we’ve seen are of the airport’s architectural style. To tell you the truth, as the months were passing I was thinking deeper and deeper that I didn’t want to do a project just for the building. I wanted to give life there. I didn’t know anybody working there. I have a friend, Simos Simaki, and I told him what I wanted to do. He told me that he worked there when he was young and was a steward for Cyprus Airways in 1974! I was really surprised because I didn’t know that. He told me that he knew the pilot Mr Marneros, who was landed the last flight at the Airport, and another steward who worked for the airline. 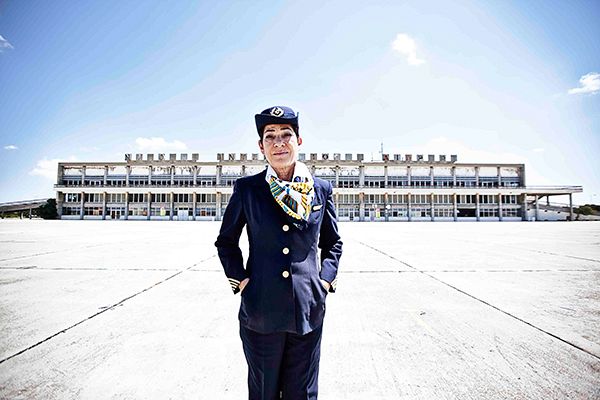 Euronews: How did these people react to your request to photograph them at the airport?

Andros Efstathiou: They were happy at the prospect of returning after so many years. When we met at they airport all of them wore their uniforms. I didn’t ask them to do this but it was amazing seeing them in their uniforms. Ms Androulla was the second lady hired as a flight attendant at Cyprus Airways. Captain Adamos Marneros was the pilot who landed the last flight. He witnessed the invasion in Kyrenia and told air traffic control about the oncoming attack. We all had very strange emotions when we got to arrivals and departures. Everybody started telling stories. We even found the flights archive, where the crew signed in and out. We started crying.

Euronews: What message do you want to give with this exhibition?

Andros Efstathiou: That people are the power and not the buildings. Even after all these years have passed, in spite of the buildings being abandoned, the people always will be strong and nothing will stop us from being created again from the ashes.

Euronews: Is there any other place in Cyprus you would like to “bring to life” with your photos?

Thank you very much for your time. 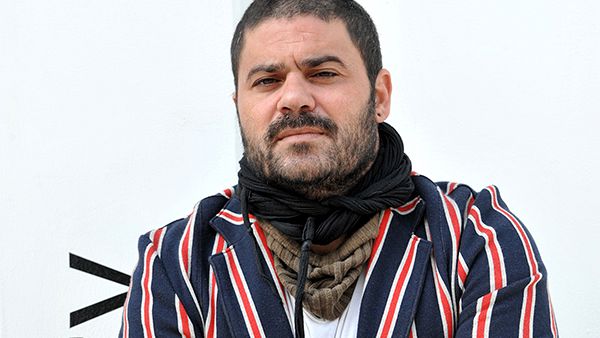 The photographer Antros Efstathiou was born in 1974. He lives and works in Nicosia, Cyprus.