Keeping track of time is one of the biggest challenges that French space scientist Lucie Poulet encountered during her four month adventure living life ‘on Mars’, inside a dome in a remote mountain area of Hawaii.

Looking back on the experience from her home in Bremen, Germany, she told us: “The weirdest thing was at the end of the mission I was losing track of time, I couldn’t remember when things happened, whether they were yesterday, last week, or the even before that.” 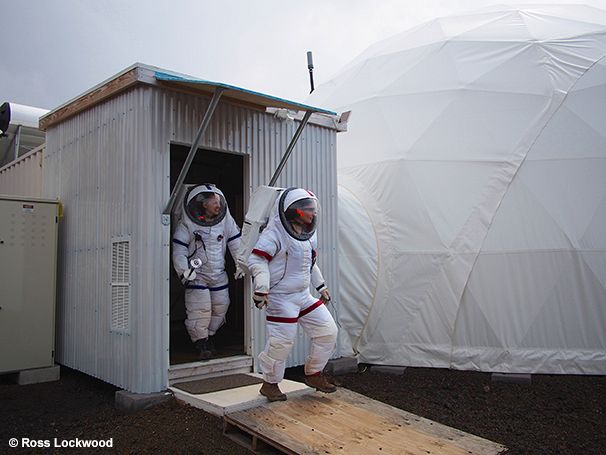 “That’s because all the days were the same. You need a routine when you’re in that environment, and I always started with sport, then breakfast, then doing some work, then some more sport, then eating.”

The experiment, run by the University of Hawaii, is aimed at understanding how space explorers would get along with each other in everyday life, and so the team wasn’t given a rigid structure to the day. That made for an element of repetition: “In our everyday life at the university it isn’t like that, and when there isn’t someone giving pressure to meet deadlines it’s hard to discipline yourself. It was funny because we all had this tendency to work all the time, so if we didn’t schedule something for Friday or Saturday and make it a special day, we would just keep on working”.

One of the most memorable challenges of her stay in the plastic bubble in the desert was the time when the toilet broke. “It wasn’t a technical challenge, but it was a very unpleasant day,” she confides. 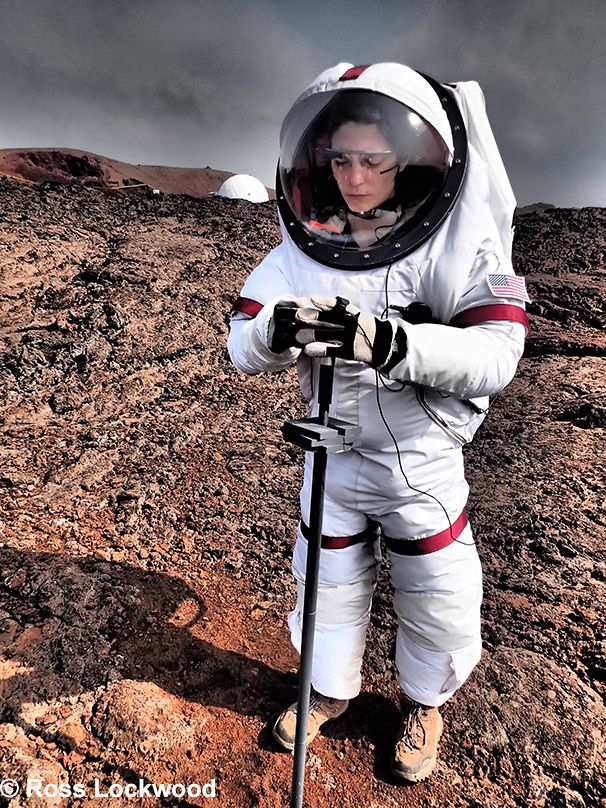 Another low point, one which will give the research organisers plenty to reflect on, was the week when communications broke down between the capsule and the outside world.

“It really felt like we were living on another planet,” says Lucie. The five person team in the capsule was used to working with a delay server that simulated the pause in communication between Earth and Mars. But they weren’t used to being entirely alone: “On one Thursday the server stopped working and didn’t come back, and although we tried to reboot it and managed to send an email, the people at base didn’t really understand what was happening. We then had a whole week with almost no communication with the outside world, and it felt like we were on Mars”.

Highpoints include a birthday game of hide and seek. “It isn’t a very big capsule, and there aren’t that many places to hide, so we had to be really imaginative,” she laughs.

Other memorable moments were those rare occasions when they had fresh, home-grown food to eat. “We had some lettuce once every few weeks, and at the same time about two radishes each, and then in July we had two harvests of cherry tomatoes – about two each – so it was special event each time we ate something fresh.”

Lucie’s research during her stay in the Martian environment was focused on plants – using different types of light to grow them, and then monitoring how her crewmates interacted with the plants on a daily basis. Her day job is with the DLR, the German space agency, working on controlled environment agriculture and greenhouse models for spaceflight. 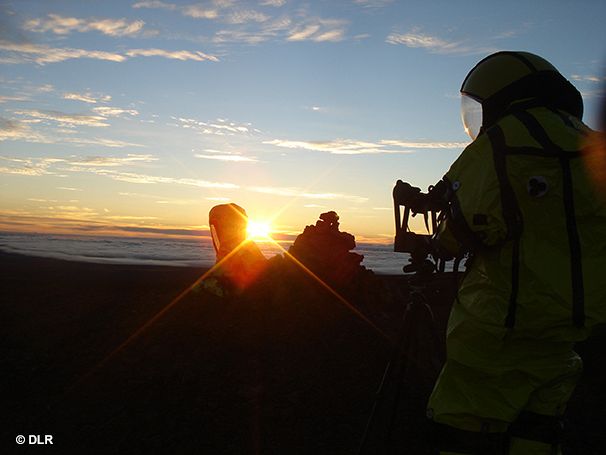 Otherwise Lucie reports that meals were varied enough, yet always involved freeze dried vegetables, pasta, rice and quinoa, so it was a relief when the time came to exit the capsule and they were told they could ask for anything they liked for their first breakfast: “They opened the door at 09 AM on 25th July and they were waiting for us, and I had asked for fresh fruit, especially watermelon and pineapple. Another person really wanted spare ribs.”

So would she go back? “Oh yes, I was happy doing my work, I’d certainly live there for another four months,” she says.