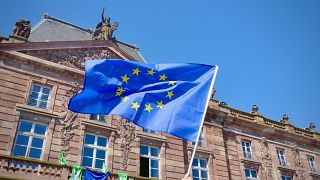 A UK national in Denmark is facing deportation after failing to apply for his residence permit on time.   -   Copyright  Antoine Schibler
By Rebecca Ann Hughes  •  Updated: 30/11/2022

Following the UK’s exit from the EU, British nationals living abroad need to ensure they have the right paperwork to prove their residency.

Last week, it emerged that a UK citizen living in Denmark hadn’t registered his post-Brexit residency by the required date. He now faces deportation.

Although many Brits living in the EU have found the information regarding their legal status confusing, you still need to comply.

Here’s what you need to know about residence permits post-Brexit in different EU countries and what you risk if you haven’t applied for yours.

Rights for UK nationals living in the EU post-Brexit

When the UK voted to withdraw from the EU, around 1.3 million Brits were living in the bloc.

Under the so-called Withdrawal Agreement, the British government has stressed that UK nationals who were resident in an EU country before January 1, 2021, “continue to have broadly the same rights to live, work, study and access benefits and services as before Brexit.”

Some EU countries required UK citizens to reapply or renew their residency, however. Those who fail to do so may face serious consequences.

Denmark: How can Brits live in Denmark legally?

Phil Russell, a British citizen living in western Denmark with a Danish partner, was four days late in submitting his application for post-Brexit residency.

He has now been told he must leave the country by December 6, or appeal the decision.

Danish authorities say they have received 290 late applications for the post-Brexit residence permit.

These are still being processed meaning more UK nationals may risk losing their right to live in Denmark.

France: Brits need to apply for a new residency card

Rules in France for UK nationals are similar to those in Denmark.

Brits living in the country before December 30, 2020, were required to apply for a post-Brexit residency card called the ‘carte de séjour.’

The original deadline for the submission of the application was June 30, 2021.

French authorities then extended the deadline to September 30, 2021, to cope with the high demand and COVID restrictions.

If you haven’t yet applied for the residency card, French authorities will now consider you to be living illegally in the country.

The portal for applications is now closed, but the best approach is to go to your local préfecture with all relevant documentation of your residency in France before 2021.

Authorities say late applications may be considered if you were prevented from applying on time for legitimate reasons such as state of health.

Sweden: Do Brits need to reapply for residency?

Like Denmark, Sweden’s deadline for UK nationals to reapply for residency status was December 31, 2021.

However, Swedish authorities say they can “accept an application for residence status that has come in after” this date.

“This presupposes that there are reasonable grounds for why you did not apply in time. A review will be done of each individual case,” the Swedish Migration Agency says on its website.

The agency adds that Brits with permanent residence permits have the right to live in Sweden even after the deadline.

Those holding a temporary residence permit may have to apply for a work permit.

UK nationals living in Spain before the end of 2020 have not been required to update their residency status.

There is a new non-EU residency card but it is not compulsory and the permit from before 2021 remains valid.

However, Spain has had problems with Brits without residency attempting to remain in the country.

They have been told to apply for a non-EU residency visa, although some have been asked to leave the country.

Italy: What are the benefits of the biometric residency card?

Italy, like Spain, has not required UK nationals living in the country since before the end of 2020 to obtain a post-Brexit residency card known as the ‘carta di soggiorno.’

Provided you have some proof of residency prior to Brexit, the card is not compulsory.

However, the British Embassy in Italy has recommended Brits to apply for the card as it is the easiest way of proving your rights.

As the card is biometric, it also means holders may be able to save time when entering the EU next year.

In 2023, a new Entry Exit System will see high-tech barriers installed at borders to take more information from non-EU travellers entering the bloc.

The changes are expected to cause long delays, but residency card holders should be exempt from the checks.

Germany: Do UK nationals need to reapply for residency?

In Germany, too, British nationals who lived in the country before 2021 do not need to apply for a residency card.

Your rights still apply and there is no need to update your residency status.

However, authorities recommend getting the card to simplify travel into and out of the country.