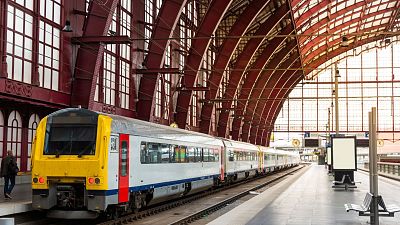 A brand new sleeper train will let passengers travel from London to Stockholm in less than 24 hours.

The EuroNight service - expected to start running in September - will transport passengers between Sweden’s capital city and Hamburg in Germany. Combined with existing Eurostar and Deutsche Bahn services, it will cut train travel time between Stockholm and London to roughly one day.

The EuroNight train is powered by renewable energy - Swedish operator SJ only uses electricity from hydropower and wind turbines. Drivers will also use ‘freewheeling’ techniques to minimise energy use.

So all-aboard - here’s everything you need to know about the brand new train route connecting Sweden with the UK.

What is the new EuroNight service?

Operated by Swedish railway company SJ, the EuroNight train will run from Hamburg to Stockholm, stopping in Copenhagen along the way. The service covers 1080km and takes roughly 12 hours.

The train will have a variety of pricing offerings. If you’re travelling on a budget, opt for a standard seat or shared four-to-six-berth couchette. Looking to splash out? You’ll be able to book a private 'deluxe' sleeper compartment with its own sink, shower and toilet.

Breakfast boxes will be included for this latter option, with views out the window of the Swedish landscape.

You’ll sip your coffee with a clear conscience, too. The new Swedish train runs entirely on renewable electricity, making it an eco-conscious alternative to fuel-guzzling planes.

Drivers are also encouraged to ‘freewheel’ the trains. This involves switching off the engine and allowing the carriages to move forward using its own momentum.

How do you get to Sweden from London by train?

The new service also opens up Scandinavia to UK adventurers. Previously, travellers from London had to stop overnight in a European city then catch a next day train to Sweden.

With this new overnight route, passengers can manage the entire journey in less than 24 hours.

Starting in London, you can catch the Eurostar to Brussels, a service which takes roughly two hours. To be safe, book an early Eurostar (08:16am) to ensure you arrive before midday.

From Brussels Midi Station, you'll need to take a train to Hamburg-Altona, changing at Cologne HbF. This part of the journey will take roughly seven hours.

“You travel from Brussels to Cologne by superb German ICE train, with restaurant car, power sockets at all seats and free WiFi. You then travel from Cologne to Hamburg by comfortable Intercity train with bistro car,” advises popular travel site The Man in Seat 61.

From Hamburg, you will soon be able to board the new sleeper train to Stockholm. The 9:55pm service will arrive in Stockholm roughly 12 hours later - a day after you first set off.

What is there to do in Stockholm?

Once you arrive in Stockholm - hopefully well-rested after a night aboard the train - there are plenty of things to do.

Wander around Gamla Stan, the city’s old town. Dating back to the 1200s, the district boasts the baroque style Royal Palace (Kungliga Slottet) and The Royal Chapel (Storkyrkan).

For fans of pageantry, check out the daily changing of the guards ceremony then sate your appetite at Stockholm's oldest restaurant, Den Gyldene Freden. Opened in 1721, the popular spot is famed for its traditional Swedish fare.

There’s a museum for everyone, with topics ranging from ABBA to Nobel Prize winners or modern art.

Meanwhile, nature enthusiasts should check out the Stockholm archipelago - a cluster of 30,000 islands, islets and rocks just minutes away from the city.

Thanks to those readers who got in touch with information which we have incorporated into this article.