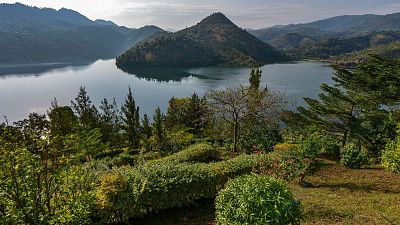 When people think of Rwanda, they often think of its dark past. Since then, the country has successfully advanced and emerged as strong and united.

While it is important to remember the past and understand a country’s history, we’d be doing Rwanda a disservice if we didn’t acknowledge the beauty of the country today.

With a population of 12.95 million, Rwanda – also known as the land of a thousand hills – is geographically small but comes with so much to offer to those who visit.

Here’s why you should.

Rwanda is extremely safe and clean

While I’m not a fan of labelling countries as either dangerous or safe, particularly African countries, it’s worth highlighting that Rwanda is safer than most of your favourite destinations.

I explored Rwanda without worry – even more so than most places I’ve travelled to. It was common to see women leisurely walking down the streets at night, or friends roaming in dimly lit areas on a night out.

While you do not have to do this and should practice taking precautions anywhere, it was reassuring to see others do things that would normally make me feel uneasy.

Rwanda is also spotless, which makes its environment a treat to travel through. Kigali, the country’s capital, is often dubbed as the cleanest city on the continent; littering fines, environmental initiatives and cooperative projects contribute to this. A prominent practice is Umuganda, a national clean-up day which happens on the last Saturday of the month and citizens nationwide partake.

The result of these efforts will be noticeable during your time there.

There are countless activities to do

It’s hard to get tired of Rwanda because there is always something else you can add to your list. You can head west and kayak in Lake Kivu, or enjoy the nightlife and restaurants in Kigali.

There are a number of museums to help you explore the country’s history such as the King’s Palace museum in Nyanza, or you can use an digital app to embark on the Liberation History Tourism Trail.

If you feel like completing another hike, you can choose from 32 that are spread out around the country.

At the palace, there's singing for the inyambo(sacred cows). It was built by Belgium in 1931. pic.twitter.com/R7tc8FEwPI

And if you aren’t tired yet, you can trek to watch gorilla families in Volcanoes National Park or chimpanzees in Nyungwe National Park.

While many of these activities could be done in other countries, Rwanda’s small size comes in handy. Anything more than a 15-minute drive in Kigali is considered far! Unlike its neighbouring countries, Tanzania and the Democratic Republic of Congo (DRC), where 10-hour drives are not unheard of, Volcanoes National Park is only a 2-hour drive away from Kigali.

In fact, the three most popular parks are less than five hours away.

Also, taking part in these activities in the land of a thousand hills means that there are some breathtaking views waiting for you while you do them – you’ll be trying to find a roof or mountaintop at any given minute.

Rwanda is both luxurious and exclusive

Rwanda is positioned as a place for luxury eco-tourism and rightfully so: luxury lodges are aplenty near national parks, at attraction areas like Lake Kivu and Kigali.

It’s also not difficult to find lavish restaurants in Kigali, such as Fusion Restaurant, that uphold the finest service.

Granted, the activities you can do in Rwanda will be on the pricier side.

However, these prices are a signal to Rwanda’s luxury status and it makes the experience of the country more exclusive to tourists who are looking for an opulent experience all round.

Rwanda is winning at sustainable efforts

Committed to sustainability through its development policy, Rwanda has shown that it is a clear leader in this category, with aims to achieve a climate-resilient economy by 2050.

Single- use plastic bags are banned nationwide and it is illegal for travellers to bring them into the country.

Although gorilla trekking permits are expensive in Rwanda, you will be investing in their conservation and the communities surrounding the park to fund projects such as building hospitals and schools.