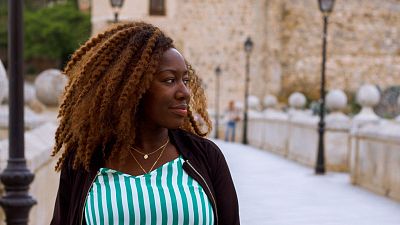 Before we travel, several factors are considered to help us determine whether a destination is the right choice. Our budget, the attractions we can visit and the food options available to us pervade our decisions.

Understandably, safety is significant too. It makes sense: we want to ensure that while we enjoy our time abroad, we are able to stay out of harm’s way in the process.

You may decide to avoid a specific location that has a crime rate substantially higher than others.

However, from over twenty years of travelling and nearly five years of working in the travel industry, I have noticed that safety is often based on other factors than just the official crime rate.

The power of storytelling

For instance, other people’s stories and experiences can influence our idea of safety. As the founder of Melanin Travel, a platform that creates events, guides and content for the African diaspora, I regularly engage in conversations about my personal travel experiences.

One cannot travel as I do - solo, impulsively and immersively - and not expect bumps along the road. Despite many positive stories from a place, once I speak about a negative experience I am often met with reluctance to visit the country.

One negative story can instil fear in many, resulting in people telling others that the destination is unsafe .

Unfortunately, bad things can happen to good people while they are abroad. But that doesn’t necessarily mean everyone who travels there will have the same experience.

One negative story can instil fear in many, resulting in people telling others that the destination is unsafe - overlooking any other stories.

Undertones of prejudice are also woven into the media we consume, which can contribute to our fear of certain places over others.

Africa has long been dubbed as the ‘broken’, ‘poor’ and ‘dangerous’ continent, while South America often fills our minds with cartels, drugs and violence. These pessimistic tropes are not accidental.

The chaotic narratives, particularly of countries where its citizens are predominantly people of colour, have been crafted over a very long period of time to people in the Western World.

My experience of Africa has been everything but the narratives we learn in Europe.

A continent with 54 nations will have its issues - just like anywhere - but African countries have provided a safe haven for Black travellers.

We are surrounded by people who look just like us. Instead of the daily struggle of being judged by our skin colour at home and neighbouring countries, our race is welcomed and embraced.

Countries generally deemed ‘safe’ are only deemed so through the experiences of white travellers.

On the other hand, countries generally deemed ‘safe’ are only deemed so through the experiences of white travellers.

As a Black woman, I spend additional hours researching safety from people who can give a representative account. And this is before factoring in intersectional issues: gender, religion, sexuality and disability influence the experience of every Black traveller.

We would also be remiss to ignore the importance of being from a ‘developed’ country. Those who have ‘lower ranking’ passports face an entirely different set of challenges from the moment they reach border control.

‘Subjective, problematic and laced with privilege’

The reality is that nowhere is entirely safe - including where we respectively call home.

In fact, safety is largely defined by groups that have the privilege to control the narrative on a global scale. We can clearly see that how one measures safety and what security looks like varies.

It is important to understand who this is designed to accommodate, which happens to be white men and women with higher ranking passports, as many other groups are required to conduct further research.

Classing a destination as ‘safe’ is largely subjective, problematic and laced with privilege.

Although I am a Black African woman, I am aware that I am privileged when I travel. I was born and raised in London, I hold a British passport and have an accompanying accent.

Being aware of these makes me hesitant to act as the only expert on any destination, but more determined to listen to the voices of the communities that live there.

I ask you to question your assumptions on safety and how you define it when you travel, to yourself and to others.

Make an effort to let those who are on the ground define what safety in their country is like too. Read blogs, look up forums and join social media groups that are organised by locals so you can understand what the destination is really like.

Stories and experiences of others will always remain vital - Melanin Travel wouldn’t have reached the level of success it has if they weren’t - but we should think about who is pushing the narrative.

Let us collectively use experiences from others to inform us better and learn from their mistakes, but not as a definitive rulebook for where to travel.

In photos: This sloppy Christmas tradition returns to New York