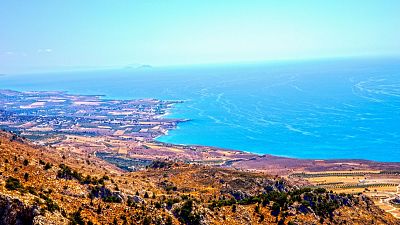 An earthquake with a magnitude of 6.0 hit the Greek island of Crete this morning. One person has died and at least nine others have been injured. The ongoing tremors have also affected Bulgaria, Turkey, Egypt, Greece, Italy, Libya and North Macedonia.

Both Greece and Turkey sit on fault lines (geological fractures in rock surfaces), so earthquakes are quite common in this part of the world. Crete experiences earthquakes every year, but the last major event was back in 1994 when a magnitude of 6.3 hit the island.

What does today's earthquake mean for people who had a holiday booked to the island?

Which parts of the island have been worst affected?

The European Mediterranean Seismological Centre (EMSC) say that the epicentre of the earthquake strike was the town of Arkalochori, located in the Heraklion district.

The rupture measured 10 kilometres deep, and has been felt in the Aegean Sea between Greece and Turkey.

Is it safe to travel to Crete following the earthquake?

According to news reports, several hotels were evacuated this morning in and around Arkalochori. This was mainly due to structural concerns as several buildings have been damaged.

Guests are now being removed to other hotels, away from high buildings.

Aftershocks have continued to shake the country throughout today, with one reaching a magnitude of 4.6. However, no airlines or tourism operators have announced that they will be cancelling travel to and from Crete so far.

If I cancel my holiday, can I claim insurance?

Natural disasters like this can be unpredictable. There has already been a tsunami warning issued for Turkey as the quake was felt in the Aegean Sea. This has affected the Datca district especially.

Whether or not your travel insurance will cover any refunds - if you decide against travelling - depends on your provider. UK-based holiday company TUI released a statement earlier advising, “we would like to reassure customers due to travel to Crete that the airport is open as normal and that our flights, including those to Heraklion and Chania tomorrow, will be operating as normal.”

Generally speaking, refusing travel on the grounds of safety concerns is usually non-refundable unless it has been advised by authorities.

Will there be another earthquake in Crete?

Following an earthquake, aftershocks are common - these can be minutes, days or months after the event. Usually, aftershocks aren’t as strong as the initial quake, but authorities will still issue warnings.

If a building’s structural integrity has already been affected by the initial hit, aftershocks can be especially dangerous.

They can also lead to further issues like tsunamis. In this case, it is advised to get to high ground as far inland as possible.

Has the Crete earthquake affected you or someone you know? Let us know on Twitter @euronewstravel.