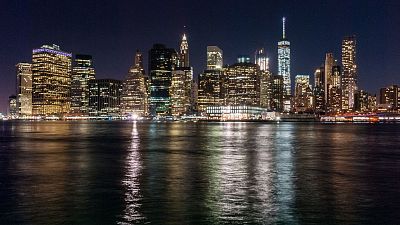 New research has unveiled the best locations around the world for a good sleep   -   Copyright  David Vives / Unsplash
By Hope Talbot  •  Updated: 12/05/2021

It might sound strange to plan your post-pandemic break around sleep. But getting good quality sleep for a minimum of 7 hours a night has been proven to be one of the best ways to be happier and healthier. After a year of stress and anxiety, who would say no to a bit more of those?

So this Mental Health Awareness Week, we bring you the best places to get in some much-needed shut eye.

In a recent survey conducted by VAAY, major cities around the world were assessed for how long residents sleep for on average, and how often they undersleep as well. The results were measured against other important factors, such as mental health and average caffeine intake.

Finn Age Hänsel, Co-Founder of VAAY, explains more, “With this study we really wanted to get to the heart of what’s keeping us awake at night, and whether that changes depending on where we live. What’s clear from our research was that it’s often not just one, but many factors - environmental, social, and political - that contribute towards a city’s sleeping conditions”.

What do you need to get a good night's sleep?

A common theme among the cities ranking highly were excellent scores in both mental and physical wellbeing, with Amsterdam consistently ranking highly for overall health, in spite of the pandemic’s impact on levels of anxiety.

Another interesting finding was the positive impacts of work-life balance. On average, countries that reported spending less time working beyond their set hours and less time commuting to work were among those with the best sleep quality. Dresden had the lowest overworking and commuting time, and came in at number seven overall.

Where in the world are people having the best sleep?

In the shortlist of 75 cities, places which scored best for the sleep quality were:

The Dutch capital was the highest performer when it came to residents’ sleeping patterns. Perhaps it’s all the fresh air you get when cycling, or maybe it’s the slightly less fresh air in its famous coffee shops.

Sprawled over volcanic hills and squeezed between twin harbours, Auckland is a perfect slice of New Zealand beauty. Maybe these beautiful surroundings are part of the reason residents of Auckland sleep so peacefully.

Home to an array of cultural institutions including the Scottish Opera and the National Theatre of Scotland, Glasgow scored highly in job and financial security. This was seen as helping locals to sleep easier at night.

Which are the worst cities for sleeping?

Unfortunately Sao Paolo in Brazil is one of the most highly polluted cities in the world. The population scores poorly in mental and physical health too.

One of the most populated cities in the world with one of the world’s oldest populations, Tokyo scored low due to incidences of chronic pain severely affecting the sleep quality of its residents.

The US’s celebrity hot spot was another low scorer, with its bad sleep quality linked to its reputation for long commutes and overworked employees.

Romania sinks its teeth into vaccination programme at Dracula’s castle

Hollywood isn't just for the stars: Inside Cali's most walkable city