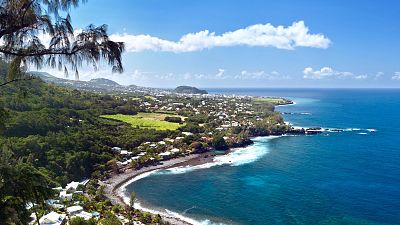 Millions of us take holidays in the European Union each year, with Paris, Milan and Barcelona among the top tourist destinations worldwide. While they are undoubtedly amazing cities, there are some equally dazzling destinations that seem to fly under the radar.

As well as the 27 member states of the EU, there are 32 special territories. Some are classed as Outermost Regions, while others are Overseas Countries and Territories, or ‘special cases’, and they range from the outskirts of Europe - like the Faroe Islands - all the way around the world.

Within these territories exist a range of exciting places to visit - we’ve outlined a few of them below. You might find somewhere you never thought about travelling to before.

Self-governing but part of the Kingdom of Denmark, the Faroe Islands are situated almost equidistant between Iceland, Norway and the UK in the North Atlantic. However, they’re often overlooked by tourists from mainland Europe, despite being so close to the continent.

Most visitors to the islands come in the summer, when the breathtaking scenery is at its best and there’s plenty of daylight too. When in the Faroes, you’re never more than about five kilometres away from the ocean, or from hiking to watch the local fauna, there’s always something to do.

New to the islands is the world’s first underwater roundabout, part of the tunnels that link the two main Faroe Islands. The tunnels are set to make it easier to travel from one island to another in less time, giving tourists more opportunity to explore.

Of the ABC islands in the Caribbean, Curacao is the largest but is often overshadowed by Aruba as a tourist destination. Whereas Aruba is more well-known and Bonaire is smaller and less-developed, Curacao exists as a sort of happy medium between the two - just off the coast of Venezuela.

A constituent country of the Kingdom of the Netherlands, Curacao has a wonderful climate and ample opportunity for exploring the water. Curacao isn’t as tourism-heavy as many of its Caribbean cousins either, so if you’re looking for a true Caribbean experience - one that’s not watered-down, this island should definitely be on your list.

It’s one of the safest islands in the region too, while a trip there wouldn’t be complete without a taste of Curacao liqueur, perhaps the island’s most famous export. It tastes even better when you’re actually there...

An island in the Indian Ocean, to the east of Madagascar, Réunion is an overseas territory of France but shares much in common with the nearby island of Mauritius, a sovereign state in its own right.

However, while Mauritius is very much a sun, sea and sand paradise for tourists, Réunion has more for the adventurous traveller. It’s also smaller and quieter, with fewer tourists per year, so it’s a great option for something a little different.

If you’re looking to combine a relaxing break with some different activities, Réunion could be your best bet. Piton de la Fournaise, a huge shield volcano and one of the most active volcanoes in the world, is particularly unmissable. View from a distance or hike right up to the crater rim — the choice is yours.

The island of Saint Martin, just east of Puerto Rico in the Caribbean, is divided into two parts: the northern 60 per cent of the island is the French overseas collectivity of Saint-Martin, while the southern 40 per cent makes up Sint Maarten, a constituent country of the Kingdom of the Netherlands. It’s the smallest island in the world to be divided between two nations, but very much has its own culture.

Saint-Martin is less developed than Sint Maarten, and more laid-back, with Sint Maarten’s nightlife a particular draw to that side of the island. However, Marigot, the capital of the Saint-Martin side, is great for duty-free shopping, with plenty of jewellery and products from high-end fashion designers available.

One of the main draws of the island is its beaches. There are 37 beaches in total across Saint Martin, so relaxing won’t be a problem, while you can’t miss the ‘lolos’, small restaurants or stands along the waterfront, for an introduction into the island’s Creole cuisine.

Much like the Faroe Islands, Greenland is self-governing but remains part of the Kingdom of Denmark.

However, unlike the Faroes, it’s considered part of North America. A vast but sparsely populated land, many visitors will head to South Greenland or the Capital Region.

The capital, Nuuk, has a small-town feel with under 17,000 residents, but a bigger city vibe too, combining traditional Greenlandic culture with a wider global influence. Of course, the Northern Lights are visible here, but there’s a whole lot more to do during your stay.

The city sits at the heart of the biggest fjord system in the world, Nuup Kangerlua, so there are always some amazing sights to check out, while you should also head to Imaneq Street in the centre of town for some great bars.

Ceuta is a Spanish city on the North African coast bordering Morocco, less than 30 km from Gibraltar. Also known as Sebta in Arabic, it has a tax-free status and the population of over 80,000 speak not only Spanish but also Darija (Moroccan Arabic).

Just a city, it’s small and relatively compact but there’s more than enough to do.

The Parque Marítimo del Mediterráneo, designed by Cesar Manrique, is a must in the summer months, while the architecture of the Plaza de Africa in the heart of Ceuta is something to behold. Not too far from mainland Europe, and easy to get around, it makes a change from the cities you might have visited before.