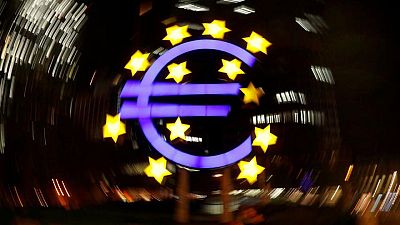 The Fed foresees its policy rate rising at a faster pace and to a higher level than previously expected, the economy slowing to a crawl, and unemployment rising to a degree historically associated with recessions.

Other central banks are continuing to raise rates, with the Bank of England increasing its key interest rate by 50 basis points (bps) as expected. The Swiss and Norwegian central banks also raised rates on Thursday.

“Looking ahead to the next two (Fed) meetings, we think the rate path forecasts imply another 75bp hike should be expected in November before the pace slows in December. 75bps is the new 25bps,” said Tiffany Wilding, North American economist at PIMCO.

Germany’s 2-year bond yield, which is more sensitive to rate hike expectations, was 10 basis points higher at 1.858%, after earlier hitting its highest since May 2011 at 1.897%.

“It is important to note that there is a strong clustering within the dot-plots, showing all FOMC members are on board with this more hawkish narrative,” ING analysts said.

The gap between Germany’s 2- and 10-year yields had earlier tightened to 0.6 bps, its lowest since March 2020. That part of the curve hasn’t inverted since 2008.

Money markets price in around an 85% chance of an ECB rate hike of 75 bps in October, while the ECBESTR forward overnight index swap shows a peak in September 2023 at around 2.9%.

ECB officials keep delivering hawkish messages, with board member Isabel Schnabel saying the euro zone is facing an economic downturn, but inflation is still far too high, so interest rates need to keep going up.

Italy’s 10-year government bond yield rose 6 bps to 4.191%, with the spread between Italian and German 10-year yields tightening to 220 bps ahead of Italian elections due on September 25.

“So far, markets seem content with prospects of a stable government and with net BTP supply close to zero until year-end and flexible ECB reinvestments providing support, BTPs may have further potential,” Commerzbank analysts said.

Italy’s right-wing bloc looks set to win a majority in both houses of parliament in next Sunday’s election. Still, the absence of anti-euro rhetoric seen in the 2018 election has reassured investors, at least for now.