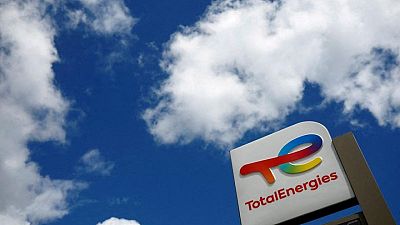 PARIS – Two advisers to Ukrainian President Volodymyr Zelenskiy have asked French oil major TotalEnergies to reject a 440 million euro ($438.02 million) “blood money” dividend from one of its Russian holdings or to spend the money on Ukrainian reconstruction.

In a Sept. 1 letter to TotalEnergies CEO Patrick Pouyanne, seen by Reuters and first reported by the Wall Street Journal, Zelenskiy advisers Oleg Ustenko and Mykhailo Podolyak said the French firm was due to receive a 440 million euro dividend from gas firm Novatek , in which it has a 19.4 % stake.

“This is blood money, profits made since Russia’s illegal invasion of Ukraine … As you well know, these figures are inflated in large part because of profiteering at the expense of the Ukrainian people,” the advisers wrote.

The advisers asked whether TotalEnergies was planning to reject the dividend and – if not – how it will receive it. It also called on the firm to establish a fund for Ukrainian war victims.

“We will not plead with you, but will instead make every effort to redirect this blood money to the reconstruction of our country,” they said.

TotalEnergies did not immediately reply to requests for comment.

TotalEnergies has faced criticism in the West for not following the lead of other energy majors such as Shell and BP, which have said they would divest their Russian assets.

TotalEnergies has a range of multibillion-euro investments in Russia, including stakes in the Yamal LNG and Arctic LNG 2 projects, the latter of which is not yet operational.