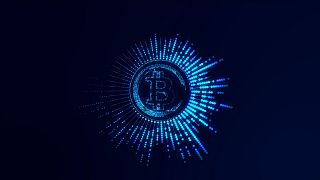 Bitcoin had a rude awakening on Monday after its price briefly dropped below $20,000 (€20,017) following tough comments on interest rate hikes from the US Federal Reserve chief.

Bitcoin, the largest cryptocurrency by market capitalisation, was trading down 2 per cent at around $19,526 (€19,542), according to Coin Metrics data. It is a level unseen since mid-July and Bitcoin prices are now down more than 50 per cent from a year ago.

The second-largest cryptocurrency Ether fell around 4 per cent to $1,423 (€1,424), its lowest level in a month and other altcoins also dipped.

Bitcoin and other cryptocurrencies have been under pressure from a number of factors, including the collapse of the so-called stablecoin Terra and its sister token Luna.

But the current economic pressures felt in the traditional markets are also affecting the crypto market.

Post-pandemic economies are being hit hard by Russia’s invasion of Ukraine, which has caused energy and food prices to soar, and central banks have been hiking their interest rates to curb record-high inflation.

The US Federal Reserve chief Jerome Powell said last Friday that the central bank must continue to raise interest rates to get inflation under control.

"Reducing inflation is likely to require a sustained period of below-trend growth," he said.

“While higher interest rates, slower growth and softer labour market conditions will bring down inflation, they will also bring some pain to households and businesses,” he added.

“These are unfortunate costs of reducing inflation but a failure to restore price stability would mean far greater pain”.

Is it wise to take out a loan to invest in crypto?