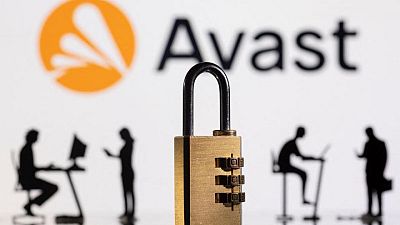 <div> <p> -NortonLifeLock’s $8.6 billion purchase of rival Avast won provisional clearance from Britain on Wednesday, overcoming the final hurdle to creating a consumer security software giant and sending Avast shares to an all-time high. </p> <p>Shares in Avast rose as much as 43% to 683.2 pence and U.S-listed NortonLifeLock’s shares were up 3% before the bell, after the firms were forced to delay the deal’s closing date pending regulatory approvals.</p> <p>The UK’s Competition and Markets Authority (<span class="caps">CMA</span>) launched a deeper investigation into the deal earlier this year, noting it could harm competition and lead to British customers getting a worse deal when looking for security software.</p> <p>The deal, which would combine NortonLifeLock’s strength in identity theft protection and Avast’s privacy credentials, has already received the green light in the United States, Spain and Germany.</p> <p>Following a more detailed Phase 2 investigation, the <span class="caps">CMA</span> said it had concluded that the deal does not raise competition concerns in the UK.</p> <p>It noted that the merged company will face significant competition from McAfee and other smaller players while software titan Microsoft Corp will be strengthened as a competitor.</p> <p>Microsoft has ramped up its free built-in security feature, which the <span class="caps">CMA</span> noted offers protection which is as good as many of the products offered by specialist firms. </p> <p>The watchdog said it was open to responses from interested parties to its provisional findings till August 24, before issuing its final report due by September 8. </p> <p>Based on this timeline, NortonLifeLock said on Wednesday it expects to close the deal by early next month. </p> <p>Avast said it had no comment at present. </p> <p>“After gathering further information from the companies involved and other industry players, we are currently satisfied that this deal won’t worsen the options available to consumers,” <span class="caps">CMA</span>’s inquiry group chair Kirstin Baker said. </p> </div>