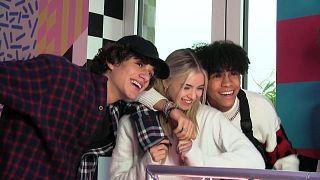 The Creator Economy is a class of businesses built by more than 50 million content creators, curators, social media influencers, bloggers, and videographers. 2.3 million people say they’re doing it on a full-time basis.

They use social media, platforms and finance tools to assist them with their growth and monetization. The total market size is over €92 billion and increasing daily. The pandemic has been a big factor in fuelling that growth and investors are keen to be a part of it. Business analytics company CB Insights has reported €1.1 billion raised by creator-focused companies in 2021 alone.

So how exactly do brands turn clicks into cash? And, as social media continues to disrupt the ways we connect with each other, will those companies yet to embrace content creation get left behind?

Most people on the planet have become familiar with social media. It’s become normal for the world’s biggest brands to work with independent content creators on platforms like Facebook, Instagram, YouTube and TikTok as they battle to stay relevant and attract new customers. The content Creator Economy has become very big business.

Influencing the next generation

Generation Z and millennials make up most of the content creator demographic. That’s people born between 1981 and 2012. Many are drawn to the flexible working hours, creative control and being their own boss.

I started it all from Snapchat because it's an amazing app. Snapchat is different. Why? Because it's direct. Because nowadays we can see on Instagram a lot of people have like two million, three million. But on Snapchat, everything is real.

Someone who’s been capitalising on this trend is the social media star and entrepreneur Abdullah Al-Ghafri, known to his followers as QQQ. It took him less than 1 year to reach a million YouTube subscribers.

“I started it all from Snapchat because it's an amazing app,” he says. “Snapchat is different. Why? Because it's direct. Because nowadays we can see on Instagram a lot of people have like two million, three million. But on Snapchat, everything is real. But YouTube, many people, like a few years ago, they are telling me, Please Abdullah, go to YouTube. YouTube needs a whole team, you know what I mean? And yeah, seven months ago I said, I have to start on YouTube, but in very high quality, you know, like more, maybe more than TV.”

It's not about freedom. It's about respecting the people. It's about the next generation. They have to know what is good or bad.

Social media has reshaped society. And many people would argue not necessarily for the better. Abdullah says it’s important that it is used in a positive way.

“Nowadays, 80 per cent of the children. I'm sure they want to be singers,” says Abdullah. “They want to be football players. They want to be on social media dancing or something. Because if someone is doing something bad and he's on trend yet on social media, yes, he is on trend, but with something bad. They are showing them as an amazing character, blah blah blah. If I am a child, why would I not dream about being this, even if he’s bad? I see the community going, you know, clapping, and they love them. That's the main problem. It's not about freedom. It's about respecting the people. It's about the next generation. They have to know what is good or bad.”

So according to one of the Middle East’s biggest influencers - it’s not all about the numbers. Respectful conduct and content get the clicks and the money too.

No two days are the same

Being an influencer and having millions of followers may sound like fun. But is there more to it than just filming a vlog? And how much work actually goes into making each video?

Uptin Saiidi gives us a behind the scenes look at what it is like to be a full-time content creator, where no two days are the same. On this particular day, he’s inside a massive video conference. VidCon brings together brands and creators to connect, learn and collaborate.

The YouTube lounge is for speakers and creators and he’s speaking on a few different stages about video creators working with brands.

Billions of people use YouTube, Facebook, TikTok. They want to connect with a face, a person, more than a big brand. So last year Uptin started making his own videos and grew to 700,000 followers.

To get into this, you really have to love what you do. The first year or two, you won't make much money, and it takes time to build momentum.

He didn't make money at first, but now his income comes from YouTube and Facebook, who pay based on how many views he generates.

He also works with brands like airlines and tech companies to make videos and promote their message. At the VidCon event, he meets people who have been doing it for years, people who have made up to millions of dollars and become their own brand.

“But to get into this, you really have to love what you do,” Uptin says. “The first year or two, you won't make much money, and it takes time to build momentum.

“I also try to make sure that all of my videos are informative and hopefully entertaining, because you have to bring some unique content to people's lives.”

So creating videos that get views isn’t just about hoping that they’ll go viral, it’s about creating content that actually provides value.

Brands need to keep up

So what’s next for the world of content creation? Social media is becoming more multifaceted than ever, blurring the lines in the way people communicate and perceive the online world.

If a brand doesn't get into influencer marketing now... It's already late, but you still have time. And if you don't really believe in it, then you've got to be quite old, right?

Alessandro Bogliari
Co-founder and CEO of The Influencer Marketing Factory

Based in New York, Alessandro Bogliari is the Co-founder and CEO of The Influencer Marketing Factory. He believes the market is going to continue to grow.

“Every day, to be honest, I'm seeing there is a new app and a new live-streaming app, social media,” he says. “We're going to see a big increase in marketing spends because... If a brand doesn't get into influencer marketing now... It's already late, but you still have time. And if you don't really believe in it, then you've got to be quite old, right? For the environment that is being created right now. So what I suggest all the time is to spend time on social media, understand what is happening because everything is changing and you want to be updated and be in the loop of things.”

So according to Alessandro, big brands should keep up with social media trends or risk lagging behind the consumption curve.

Social media storytelling is serious business - no longer just a pastime. Content creation can be a big money-maker and a highly influential marketing tool. But as technology becomes more and more integrated into our daily lives, can influencers and brands step up to the plate and create a future with more socially responsible content?