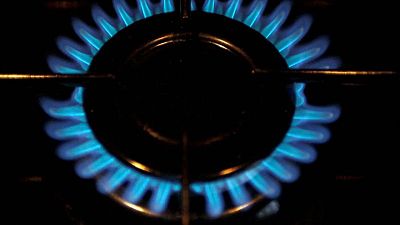 ROME -Italy is likely to increase corporate taxes on energy companies that have benefited from surging power prices, the Italian industry minister said on Wednesday.

Governments across Europe are looking at how to cushion the price rises to help families and industry.

“I think the government will go in that direction,” Giancarlo Giorgetti said when asked whether Rome would raise corporate tax (IRES) on such companies as it did in 2008, when there was an oil price spike.

“The extra profits must somehow contribute to general taxation to allow measures to be taken to help the less well-off,” Giorgetti said at a news conference called by the League party on energy prices.

Giorgetti is a member of Italy’s far-right League which is a key member of Mario Draghi’s coalition government.

League leader Matteo Salvini, who reiterated his support to reintroduce nuclear power, called on Italy’s biggest utility Enel to do more to help out on energy bills.

“We hope Enel feels the social responsibility to realise they are making crazy margins… they should put a hand on their heart and give back part of the profits to families and companies,” he said at the same news conference.

Enel said on Wednesday it sold forward the energy it produced meaning the prices its customers paid now were based on the cost of energy set at least 12 months ago.

“The company is definitely not making any extra profits from the current energy crisis,” an Enel spokesperson said, adding that the rise in gas prices had negatively affected companies like Enel that bought gas to produce energy.

Enel is one of the world’s biggest green energy companies.

Draghi on Monday said companies which had benefited from spiking prices should share profits with society.

Salvini urged Draghi to prepare an extra borrowing package to soften energy bills and help companies whose business is being hit by a surge in coronavirus infections.

“I have asked Draghi to make an extraordinary effort to support businesses and help them cope with the cost of energy,” Salvini said.

In remarks made earlier this week, Salvini called for a deficit-hike worth at least 30 billion euros ($34.08 billion).

Spain last October said higher power costs were unfairly benefiting energy companies and proposed a clawback on profits only to then row back on some of the measures.