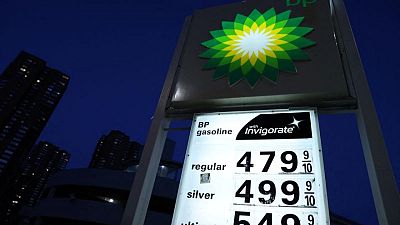 – BP will acquire the remaining stake in its U.S. pipelines partnership BP Midstream Partners LP that it doesn’t already own in a more than $700 million deal, as the energy giant looks to simplify its structure.

The company said on Monday BP Midstream unitholders will receive 0.575 of a BP American depositary share for each unit they hold, translating to a total price of about $723 million for the deal, according to Reuters calculations. BP already owns roughly 54% of the partnership, Refinitiv data shows.

BP created BP Midstream Partners as a master limited partnership (MLP) to own, operate, and buy mainly fee-based oil-transporting pipelines and storage assets. It made an offer in August to buy the remainder of BP Midstream.

“This transaction will deepen BP’s interests in, and simplifies the ownership and governance structure of, midstream assets that support … its fuels value chain in the United States,” BP said in a statement.

The oil and gas industry has financed billions in pipeline and storage products under tax-advantaged MLPs since the 1980s, but several pipeline companies have restructured in recent years after U.S. regulators said they will no longer be allowed to recover an income tax allowance.

U.S. refiner Phillips 66 unveiled a similar deal in October when it said it would buy the remaining units of Phillips 66 Partners for $3.4 billion.