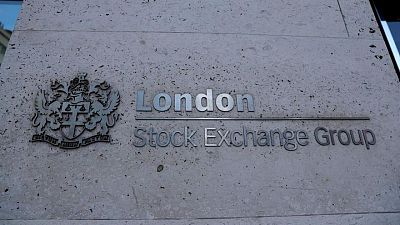 – London’s FTSE 100 bounced back from its worst session in more than a year to rise on Monday as investors kept a wary eye on the newly detected Omicron coronavirus variant and BT Group jumped following a report of takeover interest.

The FTSE 100 ended 1% higher, after the discovery of the new variant knocked 3.6% off the blue-chip index on Friday.

While Omicron was already as far afield as Canada and Australia, a South African doctor who had treated cases said symptoms were so far mild.

“Decisive action by governments to try and control the spread of the new Omicron Covid variant has restored some confidence among investors,” said Russ Mould, investment director at AJ Bell.

“Monday’s market movements suggest individuals have had some time to reflect on events over the weekend and are being calmer with their investment decisions.”

BT Group Plc ended 6.1% higher, trimming back some of its gains after India’s Reliance Industries denied a media report it was weighing a bid for the British telecoms group.

The stock gained as much as 9% after The Economic Times said billionaire Mukesh Ambani’s Reliance might make an unsolicited offer to buy into BT or try to get a controlling share.

Oil majors BP and Royal Dutch Shell added more than 2% each as crude prices jumped back from their lowest in more than a year, on investors looking for bargains and speculation that OPEC+ may pause an output increase. [O/R]

Miners gained 1.9% as metal prices recouped some of the previous week’s losses. [MET/L]

The domestically focussed mid-cap index advanced 1.0%, also recovering from its worst sell-off so far this year, with Wizz Air and Carnival PLC among the best performers as travel stocks recouped some of Friday’s losses.

Subprime lender Amigo Holdings Plc slumped 28.7% after saying it expected court proceedings over its new rescue plan to take at least four months. It laid out plans for an equity raise to support the business.