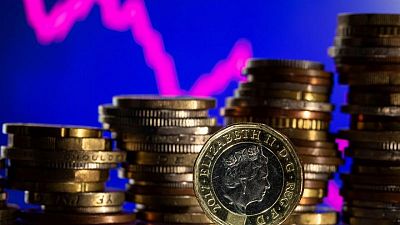 By Iain Withers and Huw Jones

LONDON -Britain is open to legislating to stop an explosion in scam adverts online being a significant source of fraud, financial services minister John Glen has told lawmakers.

Victims’ groups and campaigners have called for fraudulent adverts to be incorporated in the government’s planned Online Safety Bill, which currently only covers user-generated content.

“We are very sympathetic to that,” Glen told the Treasury Select Committee. “This is a massive problem. This is a significant opportunity in the absence of a better solution.”

A British record of 754 million pounds ($1 billion) was stolen in the first six months of this year, up 30% from the same period in 2020, according to data from banking industry body UK Finance, and up more than 60% from 2017, when it began compiling the figures.

Several government departments are involved in trying to stop online scams, raising concerns among committee members that solutions are too slow to emerge.

“You’re being very good at describing how difficult it all is, but what are you actually going to be doing about it?” said lawmaker Angela Eagle.

Glen said the finance ministry was liaising with the digital, culture, media and sport ministry (DCMS) – which is also looking at the problem of online scams – to try and find the best solution.

The Treasury committee has previously told representatives from Facebook, Google, Amazon and eBay they needed to do more to combat fraud.

Cybersecurity experts and banks have said Britain has become a global target for fraud attacks due to relatively light policing of fraud-related crime, a super-fast payments infrastructure and use of the world’s most widely used language English.

“This is an absolute priority. I am not satisfied where we are on this,” Glen said, adding that prevention needs to be a big part of the response.

“The challenge is how can we make effective intervention that is really going to bear down on this,” Glen said.