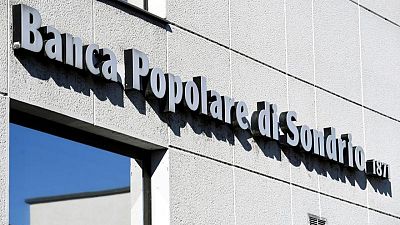 MILAN – Italy’s regional bank Popolare di Sondrio has called a shareholder’s meeting for late December to vote on its transformation into a joint-stock company, the co-operative lender said on Friday.

Popolare di Sondrio is Italy’s only large mutual bank that has yet to comply with rules forcing lenders to drop the cooperative status – which gives shareholders one vote each regardless of the size of their stake – in an effort to improve governance and boost their appeal for potential investors.

The bank has until Dec. 31 to embrace the governance changes. If it fails to do so, regulators can take measures, including the revocation of their banking license.

The shareholders’ meeting was set for Dec. 28 on first call and Dec. 29 on second call.

Considered one of Italian banks that are likely to play a role in an expected consolidation in the sector, Popolare di Sondrio is tipped by bankers as likely to merge with bigger rival BPER Banca, whose top shareholder Unipol also holds a 9.5% stake in the co-operative lender.