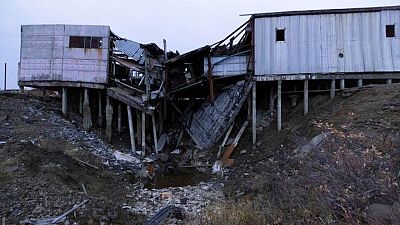 MOSCOW – Russia’s plan to reduce its carbon footprint by 2050 will require investments of between 1 trillion roubles and 4 trillion roubles a year ($13.4 billion to $53.6 billion), the central bank said on Thursday.

Climate change poses a serious challenge for Russia, whose economy relies heavily on oil and gas production, as well as mining. Some of that infrastructure is built on permafrost https://graphics.reuters.com/CLIMATE-CHANGE/PERMAFROST/oakveelglvr, which is vulnerable to rising temperatures https://www.reuters.com/world/europe/russias-remote-permafrost-thaws-threatening-homes-infrastructure-2021-10-18.

“Such investment will require an active financing from Russian banks and the financial sector as a whole,” the central bank said in a report on financial stability.

Even though the Russian banking sector has sufficient capital, “green” projects could face difficulties securing loans due to high risks such as insufficient transparency, the central bank said.

The economy ministry has warned Russia will not become a zero-emissions economy by 2050 and if it aims at reaching this goal, it runs the risk of losing macroeconomic stability and sustainable growth.

Russian companies with businesses that negatively impact the environment have already started implementing principles of sustainable development, but their integration in the global climate agenda remains low, the central bank said.

“This situation has to be changed, otherwise the (Russian) financial sector could face high risks in the medium term.”