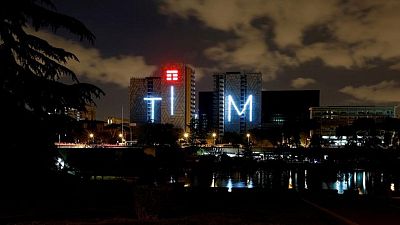 ROME -Italy could promote competition by capping the number of areas a broadband provider can win in tenders where high-speed services are offered by just a single operator, four sources close to the matter said.

The country’s telecoms sector is currently in flux due to a proposal by U.S. private equity giant KKR to take over Italy’s biggest phone group Telecom Italia (TIM).

One option on the table to ensure a competitive broadband environment envisages preventing any single bidder from securing more than half single-provider zones, also known as “grey areas”, two of the sources said.

Brussels is informally pushing for the 50% cap, one source said, cautioning the scheme was not final and Rome could opt for a higher threshold with an up to 66% cap being considered.

The approach to competition of Colao, the former Vodafone CEO, marks a U-turn from the previous government’s plan to merge the fixed line of sector incumbent TIM with that of rival Open Fiber, with TIM owning – at least initially – a majority stake in the combined entity.

The single network project was on the cards last year when KKR spent 1.8 billion euros for a 37.5% stake in TIM‘s last-mile network connecting street cabinets to people’s homes.

KKR has tabled a 10.8 billion euro non-binding, cash proposal for TIM, a move which sources have said aims to protect the U.S. fund’s investment in TIM‘s grid.

Under the EU-funded plan, Italy will cover part of the cost of the broadband infrastructure, probably up to 70%, leaving ownership of the networks to the operators that built it.

To speed up the rollout without harming competition, Rome introduced a measure this month forcing operators to share installation costs if working in the same area and coordinate on permit requests.