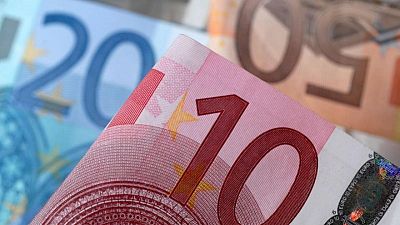 -Euro zone bond yields jumped and southern European bonds underperformed on Tuesday, with investors ramping up their bets on a European Central Bank rate hike next year as the bank’s policymakers began casting a wary eye on upside inflation risks.

Even Irish central bank governor Gabriel Makhlouf, who was more cautious, recognised risks to the inflation outlook.. Policymakers also added to predictions that the ECB‘s pandemic bond purchases (PEPP) will end in March.

Antoine Bouvet, senior rates strategist at ING, said euro zone bond yields were rising because “the message is that the ECB is increasingly focused on inflation upside, that it is not going to change its plan to end PEPP in March, and is in no rush to boost the (asset purchase programme) after that”.

Tuesday’s comments also prompted money markets to resume betting fully on a 10 basis-point hike from the ECB by the end of 2022, compared with only a 50% probability of such a move as of Monday.

Yields on 10-year Italian and Greek bonds, among the biggest stimulus beneficiaries, rose some 10 basis points each to 1.05% and 1.3% respectively, the highest since early November.

The gap between 30-year Italian and German bond yields rose to the highest since November 2020 at nearly 180 bps.

Southern European bonds came under particular pressure as they face a stability test as the PEPP, under which the ECB can purchase debt more flexibly than for its conventional bond purchases, expires next year.

Beyond PEPP, the ECB maintains that it will end its asset purchases shortly before it hikes rates, so hike bets also exacerbate pressure on the bonds, a concern that sent yields surging in October.

Despite policymakers’ concerns, a market gauge of long-term inflation expectations fell to the lowest in over a month at 1.8292%.. Inflation-adjusted, real yields jumped, with Germany’s rising as much as 10 bps to highest in nearly three weeks.

Yields also rose after November business activity data for the euro area surprised to the upside, accelerating rather than slowing as a Reuters poll had expected.

The nomination of chairman Jerome Powell to a second term leading the U.S. Federal Reserve has also pushed rates higher.