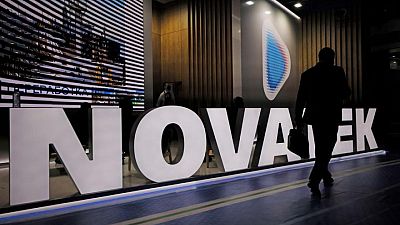 ROME – Italy’s SACE may insure a loan of around 500 million euros ($567 million) for Novatek’s Arctic LNG 2, two sources close to the matter told Reuters, amid calls by green EU lawmakers for export credit agencies not to support the $21 billion project.

In a letter in May, some members of the European Parliament had expressed concern about potential support by the French, German and Italian export credit agencies to Arctic LNG 2 which, they said, was not compatible with climate targets.

The sources said the insurance deal had not been finalised, adding that due diligence was still underway on the financing, the size of which had not previously been reported.

The plant is expected to produce almost 20 million tonnes of liquefied natural gas (LNG) per year in 2026.

The financing should be approved providing an agreement signed by Italy at last week’s COP26 climate talks did not forbid it, the sources added.

Almost 200 nations, including Italy, that attended the U.N. climate talks in Glasgow, Scotland, agreed to accelerate the phasing out of inefficient subsidies for fossil fuels.

Earlier this year, Novatek shareholders approved external financing of $11 billion for the Arctic project, which is expected to start production in 2023.

He did not give figures, but said the group behind the project was pleased with the cooperation with its Italian partners and was certain about its long-term nature.

In October, top management at Russia’s largest LNG producer visited Rome to canvass support, while the head of Banca Intesa Russia said it was studying the deal, but no decision had as yet been taken.

One of the sources said the Italian financing would support two contracts: one worth 2.2 billion euros awarded to a joint venture between Saipem and Rönesans Holding A.S, and another for 560 million euros to Nuovo Pignone International.