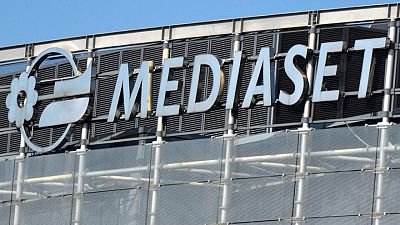 Controlled by the family of former Italian Prime Minister Silvio Berlusconi, Mediaset earlier this year moved its legal headquarters to the Netherlands in a first step to create a pan-European TV champion pursuing alliances with peers.

As part of this strategy, Mediaset is proposing to introduce a dual class share structure, giving each B share a nominal value worth 10 times an A share, with a 10-to-1 ratio also for voting rights.

Such a scheme could allow Mediaset to structure future M&A deals limiting voting dilution for the current core shareholders, analysts have said.

A shareholder meeting to vote on the plans has been set for Nov 25.

Vivendi directly holds 4.8% of Mediaset voting rights while a stake of 19.9% is held by Simon Fiduciaria, a trust that holds the shares for Vivendi.

Mediaset and top investor Fininvest, which holds a 51% votng stake of the group, signed an accord in May with Vivendi to settle a five-year legal battle.

Under that accord, the French company will sell the entire equity stake held in the Italian broadcaster through Simon Fiduciaria within five years.

The parties have agreed new minimum prices for the share sale in the light of the proposed dual share structure, with no difference between A and B shares, the companies said on Thursday.