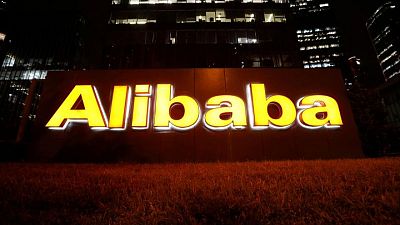 By Subrat Patnaik and Josh Horwitz

U.S.-listed shares of Alibaba, which expects its fiscal year 2022 revenue to grow by 20% to 23%, were down 3% before the opening bell on Thursday.

Once a major media event, the company downplayed its sales tallies and instead highlighted its efforts to improve social welfare and the environment.

China’s big tech companies have also been under pressure as the country’s regulators clamp down on powerful players from Alibaba to ride-hailing giant Didi Global Inc, citing antimonopoly and security reasons.

The crackdowns have also hurt Chinese gaming and social media giant Tencent Holdings, which posted its slowest quarterly revenue growth since it went public in 2004.

The company logged its first operating loss as a public company the same quarter it faced the penalty, and has lost about a third of its market value so far this year.

For the reported quarter, the e-commerce juggernaut’s revenue growth rose 29% to 200.69 billion yuan ($31.44 billion), its slowest rate of growth in six quarters. Analysts on average had expected revenue of 204.93 billion yuan, according to Refinitiv data.

Ant Group recorded a quarterly profit of about 19.7 billion yuan for the quarter ended June. Alibaba records its profit from Ant one quarter in arrears.