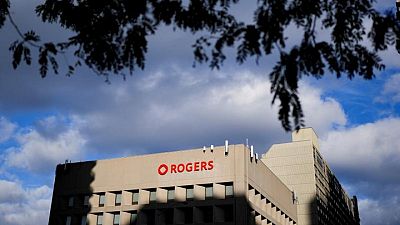 VANCOUVER -The family feud for control of Canadian telecom company Rogers Communications Inc ratcheted up on Tuesday as Edward Rogers filed a court petition to validate his reconstituted board, a move swiftly challenged by his mother and sisters.

Edward Rogers, son of late founder Ted Rogers, has been at odds with his mother and two sisters over who should lead the company after he attempted to remove Chief Executive Officer Joe Natale in late September.

That resulted in Rogers being removed as chairman of Rogers Communications last week. He retaliated by using his position as chair of the Rogers Control Trust, the family-owned entity that owns the majority of voting shares in the company, to constitute a new board on Sunday, which recognized him as chairman.

RCI has disputed the legality of this move, and the matter will now be decided in court.

The Supreme Court of British Columbia will meet on Nov. 1, to hear submissions by RCI and the Trust about the legality of Edward Rogers’ attempt to reconstitute the board through a written resolution without conducting a meeting of shareholders, according to a separate statement by RCI.

The original board, including his mother and two sisters, named board member John MacDonald as chair and backed Natale.

The family row playing out in public is a rare occurrence in Canada and has caught analysts and investors by surprise. The stock has dropped more than 6% this week.

In a legal affidavit filed in British Columbia Supreme Court on Tuesday, Edward Rogers said he lost confidence in Natale to lead the company through the acquisition of Shaw Communications, a C$20 billion ($16.1 billion) transaction and the largest deal in RCI‘s history.

He also said his mother, fellow board director Loretta Rogers, had supported firing Natale and had made a speech to the board asserting so in late September.

But Loretta Rogers disputed these assertions in a statement issued hours after the legal filings, saying that Edward Rogers and board director Alan Horn had given her inaccurate information about Natale’s performance as CEO.

She said she changed her position after consulting with other independent directors and getting more information. She and her two daughters – Melinda Rogers-Hixon and Martha Rogers, also on the board – believed Natale was the right CEO to lead RCI and complete the Shaw transaction, she added.

MacDonald, chair of Rogers Communications’ board, said in a statement that Edward Rogers’ “unfortunate and one-sided view of events does not represent” what actually took place.

MacDonald also stated that Edward Rogers’ assertion that the board had voted to remove Natale as CEO was untrue and he planned to “fully set the record straight” when given the opportunity through the court process.

Rogers shares fell 0.4% on Tuesday, taking the year to date decline to 5%. Some analysts have cut their price targets, saying the family strife would distract management. In contrast, shares in rival telecom companies have rallied, with BCE Inc rising 16.2% and Telus gaining 11.4%.

The Ontario Securities Commission has sought clarification from Edward Rogers about the uncertainty sparked by the row, Globe & Mail newspaper reported on Tuesday. OSC declined to comment.

RCI operates under a unique ownership structure wherein 10 people close to late founder Ted Rogers, including his four children and widow, several longtime family friends and Loretta’s nephew, sit on the Advisory Committee of the Rogers Control Trust. The trust owns 97.5% of Class A voting shares in RCI.