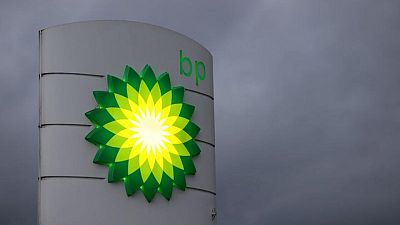 LONDON – BP’s trading team made at least $500 million in the third quarter of 2021, two sources with knowledge of the company’s trading results said, as the energy major benefitted from a gas crisis that has left consumers and industries smarting.

Natural gas and power prices soared to an all-time high in Europe and parts of Asia in August as the global economy recovered from the pandemic and energy consumption increased faster than supplies.

Low gas stocks after a cold winter and hot summer as well as poor renewables output contributed to the rally.

The increase in power bills sparked protests in Spain and put European governments under pressure to find ways to protect consumers and industry and calm the markets. European Union https://www.reuters.com/article/eu-energy-idAFL1N2RM0FT countries failed to agree on a bloc-wide response on Tuesday.

In China, the government has taken measures to increase coal output and reform power markets to ensure homes are heated this winter.

BP’s gas trading results were disclosed at an internal call with staff earlier this month, the sources said, asking not to be named because they are not authorised to speak to the media. BP declined to comment for this story.

The gains were made as customers in Europe and Asia rushed to buy Liquefied Natural Gas (LNG) from the United States and other parts of the world to cope with shortages – in a reversal of the situation two years ago when LNG producers faced a global glut.

BP’s strong gas trading results are likely to provide an early indication of how some of the other international energy companies will benefit from the global gas crunch.

BP has a smaller LNG and gas trading book than its rivals, including Shell and Equinor, which could post even higher profits.

Shell, Equinor and BP will report results this and next week.

Energy companies typically do not disclose details on profits and loss from trading in their quarterly earnings. They usually only state whether trading positively or negatively contributed to overall financial results.

BP and Shell are banking on cash flow from trading to support them through their transition to a business model less reliant on fossil fuels.

They need trading to generate profit as they focus more on renewable and power markets that tend to have lower margins than oil and gas.

The company has pledged to cut oil and gas output, while Shell says its oil production has peaked. Both say they are expanding trading and they still make billions of dollars a year moving oil and gas around the world.

Although BP plans to expand power and renewables trading, many of those markets are highly regulated and unlikely to deliver the same profit margins as oil and gas.

Last year, the bulk of BP’s profit was made in oil as the price first slumped as a result of the impact of global lockdowns on fuel demand, and then recovered in a rally that has continued through 2021 to take oil prices to near their highest since 2014.

One of the biggest trading plays in 2020 was to store oil during the downturn, buying it at low prices and selling it later when prices recovered.

This year, natural gas has been an equally strong performer as a result of the market dislocations that led to the Chinese power shortage and tight European gas supplies.

BP has already earned close to $500 million in trading the first quarter of 2021 after a deep freeze in Texas sent gas prices surging, sources said.