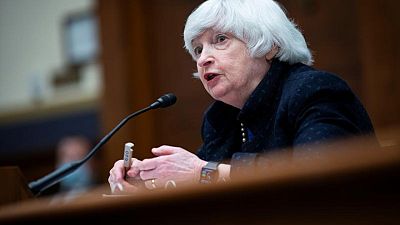 WASHINGTON – U.S. Treasury Secretary Janet Yellen “frankly raised issues of concern” in a virtual meeting on Monday with Chinese Vice Premier Liu He, the U.S. Treasury said in a statement.

The Treasury statement did not elaborate on the concerns. It said the two officials “discussed macroeconomic and financial developments in the United States and China, recognizing that developments in our two economies have important implications for the global economy.”