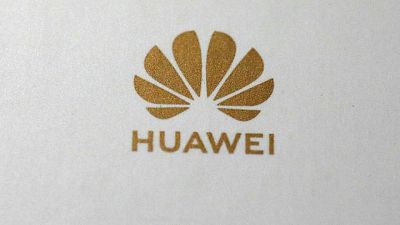 By Karen Freifeld and Alexandra Alper

WASHINGTON -Suppliers to Chinese telecoms giant Huawei and China’s top chipmaker SMIC got billions of dollars worth of licenses from November through April to sell them goods and technology despite their being on a U.S. trade blacklist, documents released by Congress showed on Thursday.

According to the documents, first obtained by Reuters, 113 export licenses worth $61 billion were approved for suppliers to ship products to Huawei while another 188 licenses valued at nearly $42 billion were greenlighted for Semiconductor Manufacturing International Corp (SMIC).

The data also showed that more than 9 out of 10 license applications were granted to SMIC suppliers while 69% of requests to ship to Huawei were approved over the same period.

The U.S. House of Representatives Foreign Affairs committee on Thursday voted to grant a request by its top Republican member Michael McCaul to release the licensing data, which it received from the Commerce Department in May.

The numbers enraged China hawks in Washington, who have made a concerted effort to deprive Chinese companies of access to advanced U.S. technology.

“It is just another example of President Biden not taking the economic and security threat posed by the Chinese Communist Party seriously,” he said.

McCaul said in a statement that “It’s clearly in our national interest to increase transparency and public scrutiny on how our nation transfers its technology to an adversary,”

However, the Commerce Department said that the release of an “arbitrary snapshot” of license approvals “risks politicizing the licensing process and misrepresenting the national security determinations” made by the government.

A former senior Commerce Department official in the Trump administration who declined to be named echoed the agency’s view.

“This very small period of license activity is not an accurate window into the Huawei and SMIC license process,” he said, noting that the goal of preventing the companies from obtaining leading edge technology without unnecessarily harming U.S. exports of other goods had been successful. “This [document release] seems designed to mislead people and generate headlines,” he added.

Huawei was placed on a trade blacklist in May 2019 over national security concerns, forcing its U.S. suppliers and others to obtain a special license to ship goods to it. SMIC was added to the so-called entity list in December 2020, over fears it could divert advanced technology to military users.

A majority of the licenses granted did not authorize shipments of sensitive items. Of the 113 licenses approved for Huawei during the period, 80 were for non-sensitive goods that only required a license because the recipient was blacklisted. For SMIC, the figure was 121 of 188.

Reuters reported earlier this year that, during the Trump administration, $87 billion worth of licenses https://www.reuters.com/article/us-usa-huawei-tech/biden-administration-adds-new-limits-on-huaweis-suppliers-idUSKBN2B3336 for Huawei were approved after it was blacklisted.