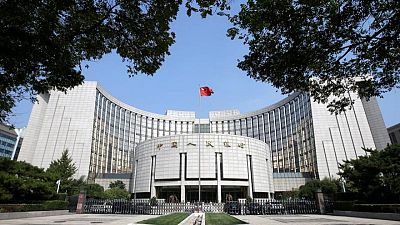 BEIJING -China will emphasize both the regulation and development of the internet finance sector, state television quoted Guo Shuqing, Communist party chief of the People’s Bank of China, as saying.

Most financial problems on China’s internet platforms have received a positive response and some have been resolved, Guo was quoted as saying.

“Only by adhering to integrity and innovations and complying with laws and regulations can we pay equal attention to standardization and development,” said Guo, who is also China’s top banking and insurance regulator.

Authorities have uncovered about 1,000 financial problems at 14 internet platforms, most of which have received positive responses, and about half of them have been dealt with, he said.