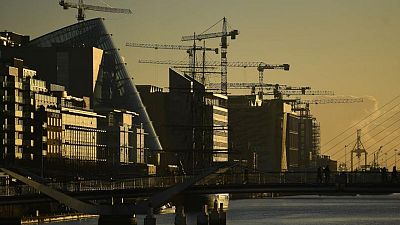 By Padraic Halpin and Conor Humphries

DUBLIN – Ireland offered voters some help to deal with sharp rises in the cost of living in its annual budget on Tuesday while reining in the deficit and spelling out when COVID-19 business support will end next year as the recovery gathers pace.

With the economy recovering at twice the speed forecast just months ago, ministers were able to make minor income tax cuts, subsidise childcare and fuel bills, and increase social welfare rates, while also cutting the budget deficit to 3.4% of gross national income next year from a forecast 5.9% in 2021.

Businesses only getting back on their feet after Ireland imposed one of Europe’s toughest lockdown regimes were handed a six-month extension to the government’s wage subsidy scheme but told the help would be gradually cut before ending next April.

“We are now entering a new phase,” Finance Minister Paschal Donohoe told parliament, announcing a cut from the weekly maximum rate of 350 euros per employee to between 150 and 203 euros from December to February and to 100 euros over the final two months.

Some 310,000 employees – or more than one-in-eight workers – were still in receipt of the subsidy at the end of September, on top of the 10% of people who are temporarily or permanently unemployed.

The Restaurants Association of Ireland described the budget as “disastrous” for hospitality and tourism, predicting that the tapering of wage supports and ending of a reduced VAT rate next August would lead to many closures.

Ireland plans to drop almost all COVID-19 restrictions next week, when nightclubs will be allowed open for the first time in 20 months and other venues return to full capacity.

In a bid to tackle a severe lack of housing supply, Donohoe also announced plans to introduce a 3% tax on the value of land that is zoned suitable for residential development and is serviced, but has not been developed for housing.

However, the two to three year lead-in time drew jeers from opposition politicians, who have constantly criticised the government for the years-long housing crisis.

The total 4.7 billion euro ($5.4 billion) package – most of which was already committed to existing pay and in particular capital spending increases – focused on relatively small increases across several welfare payments to try to give some relief from a rise in inflation and increased in carbon tax.

With the domestic economy also forecast to grow by 6.5% next year, the government will meet its goal of only borrowing for capital purposes a year ahead of schedule in 2022.

“Budget 2022 meets the twin goals of investing in our future, of meeting the needs of today, while putting the public finances on a sustainable path,” Donohoe said.