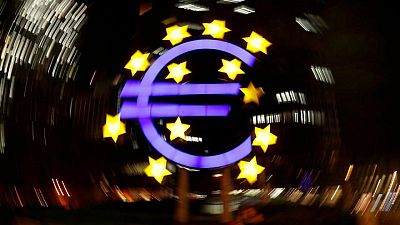 BRUSSELS – Euro zone economic sentiment edged higher in September after a fall in August, boosted by optimism among consumers and in the industry and construction sectors, while inflation expectations continued to rise among manufacturers and consumers alike.

The European Commission’s economic sentiment indicator rose to 117.8 in September, from 117.6 in August, after hitting an all-time high of 119.0 in July.

Economists polled by Reuters had expected sentiment to ease in September to 116.9, mainly because of an expected weakening in industry and services.

But Commission data showed sentiment in industry improved to 14.1 from 13.8 in August, though it did decline in services to 15.1 from 16.8.

Consumers became more optimistic as well, with a reading of -4.0, up from -5.3 in August, and in the construction sector the indicator rose to 7.5 from 5.5, helping offset the decline in the retail sector to 1.3 from 4.6.

Selling price expectations among manufacturers rose to 38.2 points, setting a new record high since the survey began in 2000, while consumer inflation expectations rose to 33.1 from 31.1 in August, approaching the 38.7 record from August 2001.