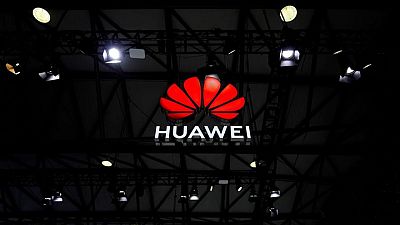 OTTAWA – Canada’s decision on whether to ban Huawei 5G gear, as all the other members of the so-called Five Eyes intelligence-sharing network have done, is likely to be made in “coming weeks,” Prime Minister Justin Trudeau said on Tuesday.

His comments about the decision – which has been under study for some three years – were the first since Huawei Technologies Co Ltd Chief Financial Officer Meng Wanzhou was freed last week from house arrest in Vancouver, where she had fought extradition to the United States for almost three years.

Two Canadians, Michael Kovrig and Michael Spavor, who were arrested by Beijing shortly after Meng’s 2018 detention on a U.S. warrant, left China within hours of Meng’s release and arrived in Canada on Saturday. They had been charged with espionage.

The United States has pressed allies to bar Huawei from next-generation 5G networks on grounds the equipment could undermine communications security. The Five Eyes network consists of Canada, the United States, Britain, Australia and New Zealand.

Until now, Canada had said it was awaiting reports from its intelligence services to make a final decision. Well-placed sources have said, however, that Canada had effectively blocked Huawei but did not want to say so publicly for fear of harming the fortunes of the two detainees.

“We continue to weigh and look at the different options, but we will be no doubt making announcements in the coming weeks,” Trudeau told reporters when asked about the Huawei decision. It was his first news conference since his re-election last week to a minority government.

“We have actually seen that many Canadian telecommunications companies, if not all of them, have started to remove Huawei from their networks and are moving forward in ways that doesn’t involve them as a company,” Trudeau said.

Canada’s decision is unlikely to come before it has put a new government in place. On Tuesday, Trudeau said he would swear in his new Cabinet next month, without giving a date.