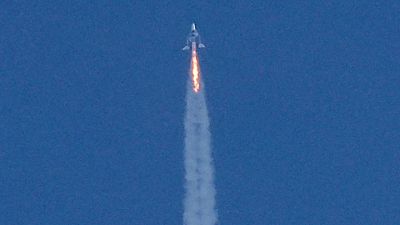 WASHINGTON – The U.S. Federal Aviation Administration (FAA) on Wednesday said it closed its mishap investigation into the July 11 Virgin Galactic Unity 22 launch, which deviated from assigned airspace on descent, and lifted a grounding order the regulator imposed earlier.

The FAA said Virgin Galactic had implemented changes the agency required on how it communicates during flight and that the company will be allowed to resume operations.

The government investigation found the Virgin Galactic vehicle had deviated from its assigned airspace on descent from space and the company failed to communicate the deviation to the FAA as required.

The FAA on Sept. 2 said it had barred Virgin Galactic from flying its SpaceShipTwo pending completion of the report into the flight of the Virgin Galactic rocket plane that carried British billionaire Richard Branson to the edge of space.

Virgin Galactic said earlier this month it was planning another SpaceShipTwo flight from New Mexico, Unity 23, pending technical checks and weather. That flight is to carry three crew from the Italian Air Force and National Research Council, it added.

The company said on Sept. 10 the earliest it expects “to open its flight window for Unity 23 is mid October.”

Virgin Galactic said the FAA had accepted the corrective actions it proposed. They include updated calculations to expand the protected airspace for future flights and additional steps in the company’s flight procedures to ensure real-time mission notifications to FAA Air Traffic Control.

“The updates to our airspace and real-time mission notification protocols will strengthen our preparations as we move closer to the commercial launch of our spaceflight experience,” said Virgin Galactic Chief Executive Michael Colglazier.

Branson was among six Virgin Galactic employees who took part in the July flight, soaring more than 50 miles (80 km) above the New Mexico desert.