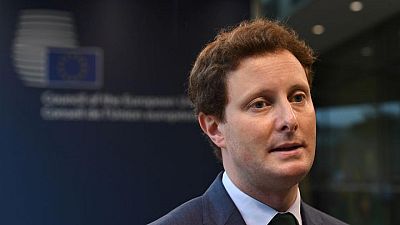 “Every day, we see the intellectual fraud that was Brexit,” Beaune told France 2 television.

BP said on Sunday that nearly a third of its British petrol stations had run out of the two main grades of fuel, as panic buying forced the government to suspend competition laws and allow firms to work together to ease shortages.