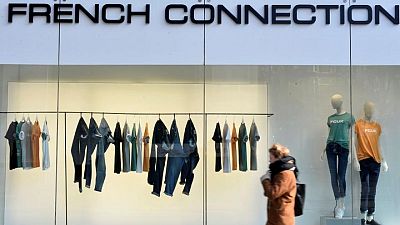 – French Connection said on Thursday it had received a takeover offer from a group of bidders including its second-largest shareholder, sending London-listed shares of the struggling UK fashion retailer up 15%.

The offer of 30 pence share from a group including Apinder Singh Ghura, Amarjit Singh Grewal and KJR Brothers Ltd values the once dominant player in British fashion at about 29 million pounds ($39.6 million), according to Reuters calculations.

Talks with the consortium are ongoing, French Connection said. It began seeking new suitors earlier this year after investment firms Spotlight Brands and Gordon Brothers pulled out of early talks to buy the company.

French Connection, once known for its provocative “FCUK” brand of clothing, has not been profitable in a decade and the COVID-19 pandemic has only hit sales harder.