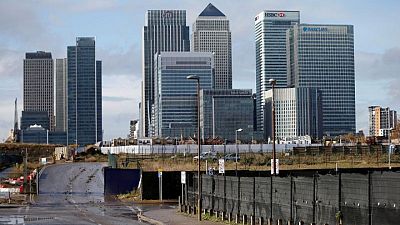 LONDON – A review of how Britain’s listed companies spell out their chances of surviving found assessments had too little detail to properly inform investors, the auditing watchdog said on Wednesday.

“Clear and comprehensive disclosures on these matters are particularly important given the backdrop of the COVID-19 pandemic which caused greater uncertainty for some companies,” the Financial Reporting Council said in a statement.

Many companies had to borrow money from government schemes introduced to bridge the pandemic and some industries such as travel and hospitality have been badly hit by lockdown restrictions.

“Uncertainties that impact viability or going concern should be clearly explained to stakeholders,” the FRC said.

In their annual reports, companies typically set out how they expect to remain viable for up to three years and whether there are any “material uncertainties”, such as potential difficulty in meeting debt repayments.

The watchdog reviewed a selection of annual reports with financial years ending between December 2020 and March 2021.

The FRC said assumptions made to underpin going concern disclosures often lacked sufficient detail to back up judgements.

The FRC, which also polices how companies apply Britain’s corporate governance code of best practice, said firms should seek to extend the period over which they assess their viability and provide longer term information where possible.

Company reporting and auditing is facing widespread reform after corporate collapses at British retailer BHS and builder Carillion raised questions about the quality of auditing.

Britain has proposed that companies publish a “resilience statement” covering viability for five years ahead, instead of the three-year period most commonly used now for going concern assessments.