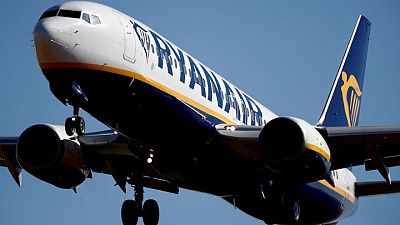 LONDON – Ryanair on Tuesday warned that Boeing risked forgoing the main driver of growth in Europe, low-cost airlines, to rival Airbus unless it reversed a recent price increase.

Europe’s largest low cost carrier earlier this month abruptly ended talks with the U.S. planemaker over a new order of the larger 737 MAX 10 jets, worth tens of billions of dollars, due to differences over price.

Ryanair Group Chief Executive Michael O’Leary said that “Europe’s low cost carriers will drive demand for Airbus A320 family aircraft and not Boeing” unless it cuts its prices and does a deal with Ryanair.

He made the comments in a letter responding to a Reuters article that quoted a Boeing executive forecasting low-cost carriers would drive growth.