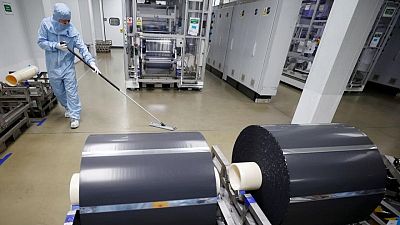 The Confederation of British Industry’s monthly manufacturing order book balance rose to +22 in September from +18 in August, its highest level since records started in 1977.

Still, the picture was weaker for export orders – which grew at their fastest since March 2019 – and the survey’s gauge of output growth fell to its lowest level since April.

“Despite close to half of manufacturers surveyed reporting order books above normal, output growth has slowed sharply, albeit remaining relatively robust.”

As economies reopen after COVID-19 lockdowns, wholesale natural gas prices in Europe have soared this year, pushed up by high demand for liquefied natural gas in Asia, nuclear maintenance and lower-than-usual supplies from Russia.

The record prices have strained the British energy sector, destroying the business model of smaller energy traders and sending shockwaves through the chemical and fertiliser markets, leading to a shortage of carbon dioxide used in food processing.