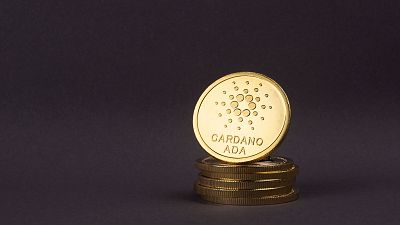 The little known cryptocurrency Cardano (ADA) has come out of nowhere to become the third-largest after Bitcoin and Ethereum following a recent price surge as blockchain enthusiasts look for more climate-friendly options.

Cardano’s price has gone up by more than 36 per cent in the last week and its market capitalisation stands at $90.60 billion (€76 billion), according to crypto website CoinMarketCap.

What is Cardano and what are the reasons for its success? Here’s everything you need to know.

Cardano is a blockchain platform and it has its own internal cryptocurrency called ADA.

The tokens are named after Augusta "Ada" King, or Ada Lovelace, a 19th-century British countess known for her work on a theoretical computation engine. She is largely regarded as the first computer programmer and is the daughter of the poet Lord Byron.

Cardano was established in 2015 by Ethereum co-founder Charles Hoskinson and was launched in 2017. Since then, the token has returned 7,080 per cent to investors.

Cardano is the largest cryptocurrency to use a proof of stake blockchain model, which is considered a greener alternative.

As crypto enthusiasts become more aware of the environmental impact of cryptos, Cardano has an upper hand over Bitcoin and Ethereum, and this could be one reason for its recent success.

Recent figures from Bitcoinenergyconsumption.com show Bitcoin’s estimated annual emissions is over 57 million tonnes of CO2 per year, which is about the same annual carbon footprint as a small European country.

Meanwhile, Iran and China temporarily banned all crypto mining this summer because computers used in the process were sapping too much electricity and causing power cuts.

Proof of stake works by randomly allocating coins to users, who put up coins for collateral. This differs from the proof of work mechanism - used by both Bitcoin and Ethereum - which requires a global network of computers to run at the same time when a transaction takes place.

This method is designed to encourage increased computing effort for transactions, which uses much more energy than proof of stake.

On its website, Cardano says: "We have changed science. We have changed what it means to build global systems and sustainable models of exchange and governance.

"We, alongside our community and partners, are defining a new future: a decentralised future without intermediaries, in which power is returned to the individual".

What are the reasons for Cardano’s success?

Over the last two weeks, the cryptocurrency market has been rallying. Bitcoin and Ethereum have been leading the wave but 'altcoins' - alternative digital currencies to Bitcoin - have also gathered pace in the price race.

Cardano’s price surge came after it announced a major upgrade called Alonzo, which will launch in September.

Alonzo will introduce smart contracts to the blockchain. Smart contracts are programmes stored on a blockchain that run when predetermined conditions are met. They are typically used to automate the execution of an agreement and will allow Cardano to deploy their own smart contracts and pave the way for its own decentralised applications (dApps).

Another reason for Cardano’s surge is that from August 25, its coin will be listed on Japan’s exchange after authorisation by the country, which is considered to have one of the strictest criteria for entering the market.

It means Cardano’s ADA will join the elite coins of Bitcoin, Ethereum and Litecoin in Japan where it will be put to the test.