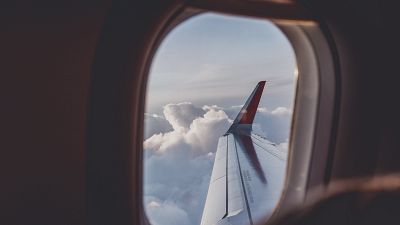 Most passenger planes will continue to burn fossil fuels until at least 2050, with the introduction of zero-emissions hydrogen limited to smaller regional and short-range planes, Airbus told European Union officials in a private briefing earlier this year.

The presentation – revealed publicly for the first time on Thursday – came after Airbus claimed it would release a range of hydrogen-fuelled airliners by 2035, in a widely-publicised release last September.

The company has not publicly said whether hydrogen technology will be ready in time for the European industry's next major milestone - a replacement for the medium-haul A320 in the 2030s - but February's briefing to EU officials appeared to rule this out.

"Zero-emission hydrogen aircraft will be primarily focused on regional and shorter-range aircraft from 2035. Which means that current and future iterations of highly efficient gas turbines will still be required as we move towards 2050, especially for long-haul operations," the presentation said.

Slides from the presentation to the office of European Commission Vice-President Frans Timmermans were released by InfluenceMap, an investor-led climate lobbying watchdog which said it obtained them through a freedom of information request.

"It is not yet decided what market segment the first zero-emission aircraft will target," an Airbus spokesperson said on Thursday, declining to comment further on the February meeting.

Is hydrogen that green?

Researcher Falko Ueckerdt from the Potsdam Institute for Climate Impact Research (PIK) told Euronews he was not surprised by Airbus' presentation to EU officials.

A recent report co-authored by Ueckerdt highlighted another potential issue in Airbus' presentation: using hydrogen-based fuels for the smallest planes would be much less energy efficient than electrifying them.

"The low energy efficiency of hydrogen and e-fuels is a major challenge. This requires that the input electricity is really clean and sustainable, as their carbon and environmental footprint is basically multiplied when converted into hydrogen or e-fuels," Ueckerdt said.

"This means that electricity should be 100 per cent low-carbon (e.g. renewable) and carbon for e-fuels should be non-fossil (e.g. from direct air capture) the carbon and environmental footprint can be higher than those of current fossil kerosene," he told Euronews.

"As international and national climate targets require immediate emission reductions, from a climate perspective direct electrification should come first to assure a safe future for all," he said in a statement.

Industry officials have played down the prospect of a switch to hydrogen for the A320 family's replacement because of the aircraft's size and range, and infrastructure needed globally. Airbus says an A320 takes off or lands every 1.6 seconds.

Airbus says the research will in any case seed disruptive technology likely to play a role in the next generation of airplanes.

As an interim step, the company and others have called for more widespread use of sustainable fuels in existing planes.

But Ueckerdt told Euronews that so-called "sustainable aviation fuels" had limited potential, as they required the extensive of biomass – meaning plant and waste products – to produce.

"A more scaleable option are e-fuels, that is synthetic fuels based on electricity-based hydrogen and atmospheric carbon. While the required technologies such as electrolysis and direct-air capture are in their infancy, policy support, industry investments and future innovation can bring down costs and scale up quantities after 2030," Ueckerdt said.

In February's presentation, Airbus displayed industry forecasts suggesting the A320's medium-haul category of 150-250 seats would be powered by sustainable aviation fuel (SAF) first, and "potentially some hydrogen" from 2050.

In September last year, Airbus presented three concepts for a hydrogen plane to enter service in 2035 including a turboprop, a traditional-looking twin-engined plane powered by hybrid-hydrogen engines and a more radical blended-wing body aircraft.

Airbus has said it will choose the final product for a new decarbonised plane in 2025. The briefing said it would also narrow down the choice of broad concept as early as mid-2022.