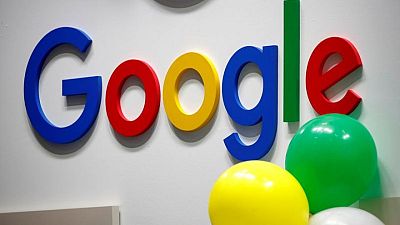 <div> <p><span class="caps">WASHINGTON</span> – Alphabet Inc’s Google is close to settling an antitrust investigation in France over allegations it abused its power in online advertising, the Wall Street Journal reported on Thursday, citing people familiar with the matter.</p> <p>It said the company was expected to pay a fine and institute operational changes. </p> <p>The French Competition Authority has said that Google’s tool to help websites and apps sell ads gave Google’s online ad auction system an advantage over rival exchanges, the people told the newspaper.</p> <p>Google offered to settle the matter by removing obstacles that it puts up against competitors, the newspaper reported.</p> <p>The settlement could be among the first resolutions in a wave of investigations or lawsuits targeting Google’s ads business, which generated $147 billion in revenue last year, more than any other internet company. </p> <p>The French Competition Authority said it did not comment on ongoing cases.</p> <p>In December 2019, the Authority fined Google 150 million euros ($183 million) for abusing of its dominant position in the search advertising market, saying the operating rules of its Google Ads advertising platform were “opaque and difficult to understand” and were applied in an unfair and random manner.</p> <p>Most of Google’s sales come from search and YouTube ads. But about $23 billion last year was tied to helping publishers sell ads and the connections between Google’s dueling businesses are drawing antitrust scrutiny, including calls from critics for a break-up.</p> <p>The French case also alleged other forms of self-preferencing in the advertising side of Google’s business, the people told the newspaper.</p> <p>Google spokeswoman Leslie Pitterson did not comment on the reported settlement but said that the company’s third-party ad tech products work with both Google’s partners’ and competitors’ products.</p> <p>“We continue to take in feedback and make updates to better serve users and the wider ecosystem,” she said in a statement.</p> <p>If approved by the Competition Authority’s board, the deal could be announced in weeks and would be binding only in France, the newspaper said. </p> <p>Texas, backed by other U.S. states, filed a lawsuit against Google in December accusing it of breaking antitrust law in how it runs its online advertising business in a case that appears to be similar to the French allegations.</p> <p>Google also is fighting lawsuits in the United States from several advertisers, rivals and publishers around the same issues.</p> <p>($1 = 0.8200 euros)</p> <p/> </div>